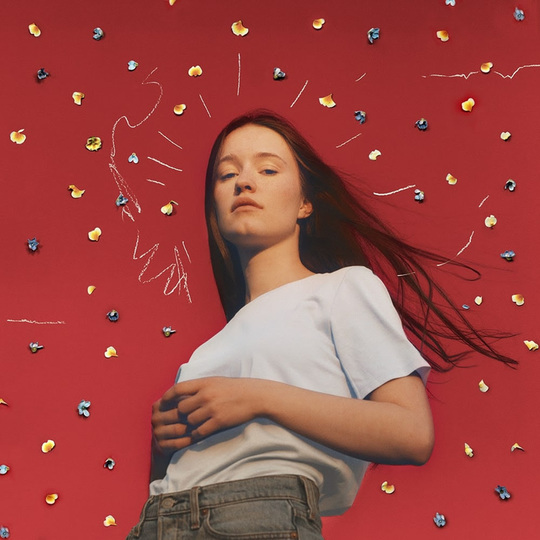 In the six years building up to the release of her debut album, Norwegian singer Sigrid has built up a musical CV so polished that it’s almost suspicious. Winning BBC Sound of 2018, debuting at Glastonbury, impressing TV audiences globally and collecting over 500 million listens on streaming platforms… the list goes on and on, with the singer’s profile only set to rise higher with support slots for George Ezra and Maroon 5 in the diary. With all this before even releasing an LP, it feels like the music industry is holding its breath to see if Sigrid can really live up to the almost insurmountably high expectations it has placed on her.

Undoubtedly, the answer is yes, as Sigrid has created an eclectic, original yet incredibly memorable first record. Carving out her own sonic niche in a crowded space, Sucker Punch has a lot of songs which stand out on first listen, not blurring into one, with distinct themes and differentiation.

Opener ‘Sucker Punch’ has already received a lot of airtime but I wanted to highlight it as it’s such a strong first track. This is just a really meticulously-engineered and perfected pop song, a real mix of personality with precise ingredients to ensure this song’s earworm qualities are as finely-tuned as possible.

Delving in deeper lyrically, ‘Basic’ is a more emotionally fraught song, as is ‘Vain’, which I didn’t like on first listen but gets more likeable with beautiful harmony accentuating the bridge section. The end of the song parachutes into a whole new territory, with the addition of extensive synths creating a powerful ending. These more pared-back, quiet songs showcase Sigrid’s versatility and hint at more to come.

The beautiful ‘Level Up’ is another high point, gently understated but with a knowing undertone behind the words. I love how the introduction of violins complements the echoing acoustic guitar and the unpredictable melody in the chorus creates an element of nonchalance. The way the words and music work together in this song is rare to come across, and hard to explain, but the relationship is intimate and cohesive like two sides of the same coin, making for exceptional artistry.

At the risk of quite a basic comparison, ‘Sight of You’ comes across like a sequel to ABBA’s ‘Super Trouper’, with similar instrumentation and theme. I love the upbeat abandon that comes along with this song, it’s very different to the rest of the album’s content but it works really well. Another strong track is ‘Don’t Kill My Vibe’, which was one of the pre-released songs from the record, deeply wrought in feeling and delivered exceptionally with a steady build of layered sounds.

It’s a great debut, but it’s not perfect; for me, ‘Strangers’ is a real dampener. As Sigrid’s most commercially successful song to date, and her first top ten UK chart hit, its prominence over other songs surprises me, as I find the chorus a little irritating. In the same vein, ‘Business Dinners’ is diminished by heavy-handed production which is too aggressively interruptive.

The final track, ‘Dynamite’, provides a perfect close to Sigrid’s opening statement of an album, quietly introspective and peaceful to listen to. Overall, this is one of the best pop records I’ve heard in a long while. Imbued with a defiant refusal to succumb to external pressure or fall into the well-worn paths of similar artists who have trodden this road in the past, Sigrid has created a truly unique and recognisable debut record which I’m sure is a sign of spectacular things to come.