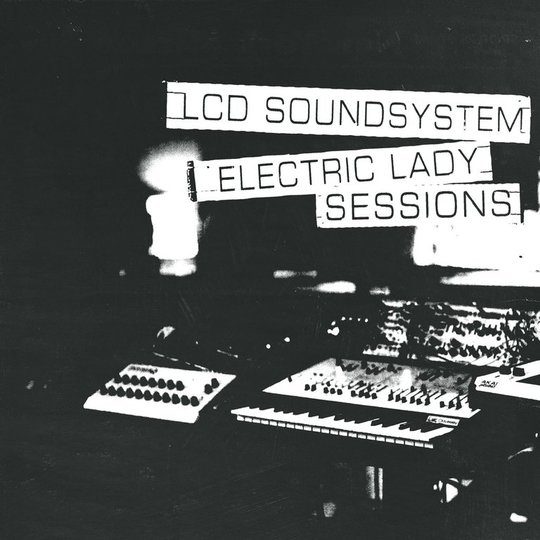 It all started with a benevolent desire to purge the soul of baseless frivolity; it concluded with almost unanimous praise and the perpetuity of a thousand internet scrolls. ‘Losing My Edge’, James Murphy’s ode to a woebegone era in a deliciously relatable rant, propelled LCD Soundsystem to superstardom. But despite its elephantine significance in the viral musical canon, it’s far from their best song. That designation is best reserved for ‘All My Friends’, the dejected, almost haunting melancholy of a late thirtysomething soul lamenting frivolous glory days long since eroded into the abyss.

Or if that doesn’t suit your fancy, you could make a convincing argument for ‘Someone Great’, the maddeningly infectious Sound of Silver standout that effortlessly fuses pop, affliction, computerised synths, a beer gut, prickly beard stubble, intoxicating melody, and regret all into one majestic package. On the flipside, you could elect to cleanly wager your bets on ‘All I Want’. Or ‘Dance Yrself Clean’. Or ‘New York, I Love You But You’re Bringing Me Down’. Or ‘Daft Punk Is Playing At My House’.

To be fair, LCD Soundsystem have a lot of great songs. And they’ve kept making them: 2017’s comeback American Dream proved to be yet another worthy critical darling. And all that fawning and drooling must have further stirred the collective LCD wellspring of creativity, because James Murphy and company are back with Electric Lady Sessions - all songs recorded at the (you guessed it) illustrious Electric Lady Studios in New York, also known as the late Jimi Hendrix’s Greenwich Village mecca of sound.

Electric Lady Studios can be thought of less as a traditional album of new material than a live potpourri of reworkings of some of the band’s most historically engrossing material, and also some eccentric covers to boot. But the band is familiar with this kind of amalgamation: their 2011 London Sessions was grounded in a similar kind of assemblage. Most of the sonic shapeshifting is lifted from tracks off American Dream, but interspersed in the pabulum are deep cuts from This Is Happening and Sound of Silver, like ‘You Wanted A Hit’ and ‘Get Innocuous’. Curiously, nothing from their self-titled debut is featured, and in their stead are three tantalisingly unorthodox covers: The Human League’s ‘Seconds’, Chic’s ‘I Want Your Love’, and Heaven 17’s ‘(We Don’t Need This) Fascist Groove Thang’. But most importantly, hovering over all the material like a giant masthead is a palpable sense of fun. These guys really enjoy their profession, and it’s evident in the music.

Murphy has long based his dexterous output on an alluring fusion of dance and funk, but there is always an added impenetrable layer of severe pathos hidden in the weeds, and his Italo disco leanings on ‘American Dream’ embellish it with a crisp panache that features glittery synths that consummately underscore Murphy’s enveloping solemnity. On ‘You Wanted A Hit’, Murphy’s treatise on the ceaseless demands of the music industry, he plays the juxtaposed role of cautious provocateur and willing victim, straddling the line between a pop anarchist hellbent on defying Top 40 expectations and a conformist yes-man eager to please. The version of ‘Home’ here is a breakneck-paced, complete dancey excursion, exuding the somber poetics of the original with even more inflated freneticism.

But it’s not just Murphy’s sepulchral musings on display here. Keyboardist Nancy Whang takes lead vocal duty on the closing track, ‘(We Don’t Need This) Fascist Groove Thang’ and exhibits a guttural radiance that proliferates in a sleek 80’s ambiance that is wholly infectious time after time. Bassist Tyler Pope is given full reign on ‘I Used To’ and impeccably temperature checks Murphy’s impassioned wails. As a whole, perhaps unsurprising to those well-versed in the band’s skyscraping sonic feats, Electric Lady Sessions is an affecting appetiser with riveting moments strewn throughout the 12-song compilation. The real remuneration will of course be another American Dream caliber album of original songs; hopefully the evident fun the band had at Electric Lady recording this album will not totally enliven Murphy’s mood too much, and he retains the bulk of his overcast pessimism for paradigm-shifting future dance-oriented outings.

Jim Jones And The Righteous Mind