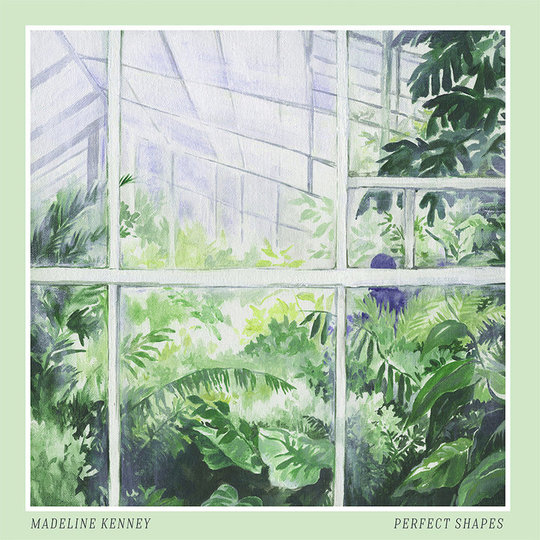 For most, getting a second record out in the world without suffering some dramatic drop-off in quality is enough. Wholesale reinvention isn’t usually on the agenda.

It feels as if that was the case for Madeline Kenney, though; this richly realised second album is carried off with impressive brio and confidence, and the deeper into it you get, the less you can believe that this is the same musician who seemed to be operating within herself slightly on last year’s Toro y Moi-produced debut, Night Night at the First Landing. That effort routinely swamped her vocals under thick layers of distorted guitars, and only ever seemed to flirt, and nothing more, with the idea of breaking the songwriting mould to fit her own specifications.

What exactly has brought Kenney out of her shell so dramatically on Perfect Shapes is up for debate, but the influence of Jenn Wasner of Wye Oak, Kenney’s housemate in Durham, North Carolina, appears to have been key. Fresh off the back of what for this writer’s money is the finest full-length of the year with Wye Oak, The Louder I Call, The Faster It Runs, Wasner produces nine of the ten tracks here and has opened up Kenney to experimentation; the ambitious nature of the freeform compositions recall Wasner’s own solo release, 2016’s If You See Me, Say Yes. Kenney has taken this approach and run with it impressively; throughout, you get the sense of an artist operating without clearly-defined parameters.

Where she worked to conceal her vocals on her last album, here they’re pushed front and centre, ringing out honeyed and clear as a bell with only minimal effects applied. Everything else is built around them; they feel less like meticulously-planned instrumentals and more like deftly woven soundscapes, on which you get the sense that there’d be significant room to play around with them in their live format if Kenney so wished.

What she’s done here is build a series of sonic cathedrals around her own creative ideas; there’s the quiet foreboding of ‘Overhead’, dictated by synth, and then there’s ‘No Weekend’, scored through with tasteful flecks of saxophone courtesy of Wasner’s Wye Oak bandmate Andy Stack. On ‘I Went Home’, a paean to late-millennial malaise, the guitars are confrontational. Later, they’re soothing, on the smartly delivered title track.

Perhaps the moment that defines Perfect Shapes comes at the end of ‘Cut Me Off’, a pointed track on which Kenney draws her own boundaries. As she’s singing the titular line, the song abruptly falls out - it’s cheeky, and should be gimmicky, but this is a record so sharply made in Kenney’s own non-conformist image, and she gets away with it. On this form, she’s destined for alt-pop greatness.