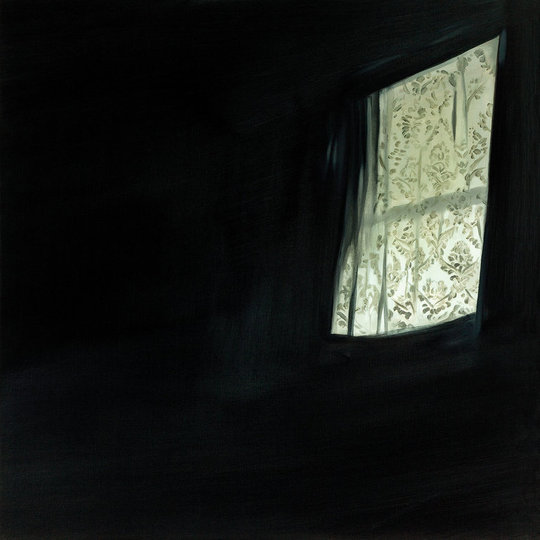 It’s a rare and difficult thing for a solo violinist to find anything resembling mainstream success. A few raised eyebrows and a stifled “André Rieu”, might follow that; but beyond being an iconic Christmas present for middle-aged parents or a liner note for the emotive string swells of [insert rock band here], options are fairly limited. The minimalist and post-rock scenes have opened things up a tad. String quartet Amiina deservedly carved their own global niche from the platform provided by their work with Sigur Rós, and in a similar way Jessica Moss has reshaped the mould into something of her own – no mean feat given the music she makes is a far cry from the melodramatic waltz seemingly required to popularise the violin. Indeed, perhaps some cardinal sin has already been committed in mentioning Rieu’s name, as any relation to this record surely ends at the instrument.

Having contributed to records from various fellow Canadian success stories such as Arcade Fire and Broken Social Scene, it’s really Moss’ work with Thee Silver Mount Zion that has garnered her the most attention over the years. Now we find her creating a meritorious solo career on the back of – but certainly not because of – the post-rock outfit, with Entanglement seeing her release her third album in as many years. It’s tempting to draw immediate comparisons to Thee Silver Mount Zion, but it’s maybe unfair to do so. They were always a band that divided listeners, even in the post-rock world, as for every loyal disciple to extol their virtues there were many who found the music bloated and self-indulgent – the band’s full name was The Silver Mount Zion Memorial Orchestra & Tra-La-La Band, after all. So while it’s clear that influence has been drawn from Moss’ time within that outfit – and her relationship with Efrim Menuck perhaps augments this – with Entanglement she goes to pains to showcase her own talent and ideas.

The texture and atmosphere - elements closely associated with her previous work - are still there in earnest, and crucially so. Twenty-one-minute opener ‘Particles’ begins with stuttering electronic pulses, fluctuating and chaotic as they establish an uneasy and sparse landscape from which to build. It’s a trick Moss uses well through the record, as long moments of near silence and ghostly voices reminiscent of the work she’s more famously associated with maintain the sense of this as a brooding mood piece and allow the melodies to shine when they come. Come those melodies do, too. Moss, after all, is a violinist and her instrument and the arrangements around it are ultimately the star here. She might use her years of experience in creating darkly beautiful textures to great effect, but it’s her willingness to use the violin for truly lovely melodic lines that elevate the music.

The aforementioned electronic stutters ultimately dissolve into a gorgeous string arrangement rich in depth before fading again to be caught again only in snippets throughout the opening movement. It’s a continued theme of the record - supported in the two track titles, ‘Particles’ and ‘Fractals’ - as Moss plays with fractured ideas. Within the four movements of ‘Fractals’ is never a sense of a repeated motif, with much of the beauty of her melodies lying in their transience - rising and falling, building only to fade into whispers again. It’s undoubtedly pretty stuff, but also distant and forbidding. In many ways Entanglement is fitting, the music captures you and doesn’t allow escape, even in the fleeting moments you might want to.