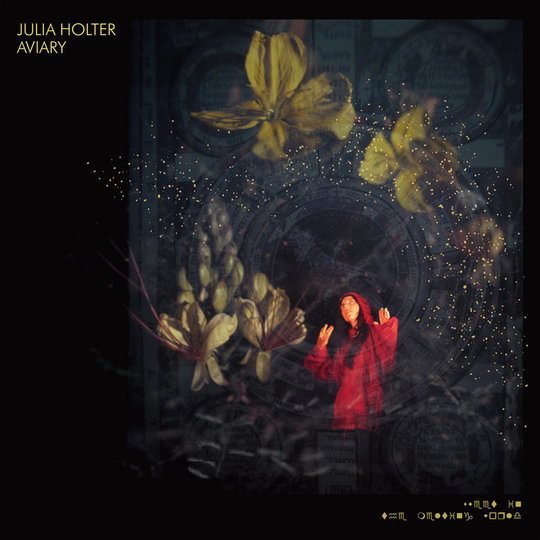 It is as if something inside Julia Holter has snapped. After the small platform release of her early records, her two most recent albums have come out on the indie heavyweight Domino Records and they have been an exercise in exploring how Holter’s experimental tendencies can best find a sizeable audience, culminating in the modern day masterpiece Have You in My Wilderness in 2015. However, the course of Western civilisation has taken a number of hits since …Wilderness’s release three years ago and Holter evidently feels the artistic responsibility to confront that fact.

She herself has described new record Aviary as representing ‘the cacophony of the mind in a melting world’. That’s putting it mildly. A 15-track, 90-minute ride through the deepest recesses of Holter’s most avant-garde impulses, it seeks not to make sense of the madness but to excavate the humanity out of it. Holter recognises that too much of what holds the world together is melting, whether that be the standard of public discourse, the dignity of institutional power or the literal constituent parts of our ecosystem. Aviary is the manifestation of all of it, a headspinning, disorienting explosion of a million simultaneous ideas, somewhere in which the answers can be found.

The easiest way in is via lead single ‘I Shall Love 2’, a strangely heartfelt synth-led song wherein Holter makes eye-wateringly simple proclamations (“I am in love/What can I do/That is all/There is nothing else/Who cares what people say”) sound devastatingly beautiful, as if rekindling a sentiment inside all of us that has become obscured or forgotten. A fleeting, flurrying, ascending melodic synth line is the track’s hook and amidst the chaos of the rest of the album, it is sweet salvation.

More typical of Aviary is ‘Everyday is an Emergency’, which begins with four minutes of erratically arranged, high-pitched bagpipe and keyboard tones. At first alienating, the sirens eventually fall into a hypnotising pattern, a sort of meditation on the aforementioned cacophony. Or perhaps Holter is commenting on our tendency to become numb to the daily headlines of terror and catastrophe. Either way, the sirens succumb to a ghostly piano mood piece in the track’s second half, the song regaining its conscience, remembering once again how to feel.

Every track is a feast of hidden riches: ‘Voce Simul’ is nocturnal and paranoid, as brass, harp and shimmering electronics give the impression of aimlessly fumbling your way through the confusion; opener ‘Turn the Light On’ is a deluge of musicians in meltdown, like an extended version of that section of ‘A Day in the Life’ where Lennon told an entire orchestra to freak out at once, only this time Holter wants to use that energy not as a climax but as a starting point; ‘Chaitius’ is a maudlin, mournful, string-arranged piece, with sputtering vocal samples that revolve primarily around the word “joy”, seemingly in memory of its very concept (a ‘chaitiu’ is a medieval term for ‘a wretched, miserable person’, if you needed any clues).

The album’s title comes from a line in a 2009 Etel Adnan short story: ‘I found myself in an aviary full of shrieking birds’. The mayhem, the confusion, the hysteria, Holter has learned to embrace all of it, and by reflecting it honestly in her music, she has shown the rest of us that whilst we live in alarming times, empathy and love continue to stand strong. Aviary will be a challenging listen for many, but its message needs to be heard.