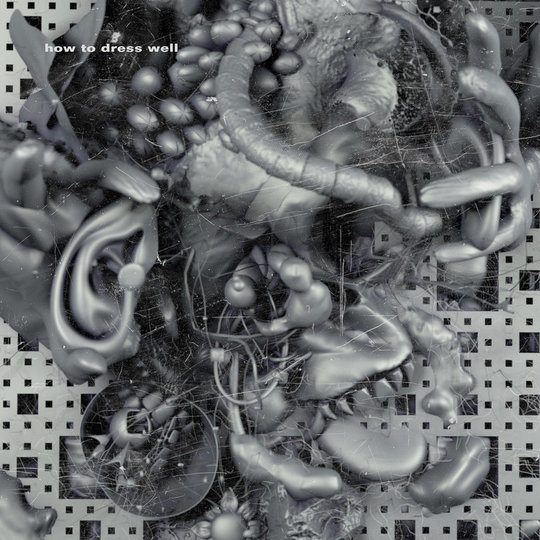 After nearly ten years of releasing music, Tom Krell’s fifth How To Dress Well LP is his most experimental. A strange sort of sci-fi pop record, built slowly – layer upon layer – on his trademark fragile vocal; it’s certainly ambitious. For all the complexity though, it’ll have you yearning for a return to his earliest, most nostalgic work.

In some respects, The Anteroom follows the same aesthetic that won so much acclaim on his breakthrough record Love Remains: burying the soulful vocal melodies and pop-sensibilities that were so clearly brought to the fore on Care, deep within dusky and glitchy electronics. It’s a method that demands the listener work a little bit harder, and entices you into repeat plays as you navigate further into the initially unwelcoming ambience. Gone are the days of glo-fi though, and this latest release is more epic in scope and grand in its pretentions than his debut, with each track part of a wider tapestry of astral soundscapes.

Unfortunately, despite the science fiction grandeur, The Anteroom is a pretty dull and unrewarding experience. On opening track ‘Humans Disguised as Animals | Nonkilling 1’, for example, Krell’s bodiless vocal contends with autotune in the lone, featureless expanse of space while the promise of a Mount Kimbie style pay-off is continuously kept at bay. This is the case for much of the first half of the album, with rich techno and electro-pop hooks teased, but annoying never delivered. Perhaps that is the point as the album title would imply, but in ‘A Memory, Spinning of the Body | Nonkilling 2’ (which by the way, comes after ‘Nonkilling 3’ and right before ‘Nonkilling 6’) it all gets a bit self-important and po-faced; frustratingly building to an unrealised crescendo before descending to nothingness, leaving only the fragile vocal left admiring itself in the mirror. The following track isn’t much better either, aiming at Caribou Our Love-era EDM, but misfiring into derivative dance fodder.

There is a reprieve in the final quarter though, starting with the more spacious and measured ‘Love Means Taking Action’, hinting at the sort of minimal techno found on Kompakt compilations. ‘Brutal | False Skull 5’ follows with an even more unexpected sound, the laid back hip hop drum beat and accompanying strings a standout moment of juxtaposition. It is by this point though too late to salvage the wreckage, and final track ‘Nothing’ drops us right back in to the void of The Anteroom. It's a bleak and nihilistic place to be in and when considered musically, does not make for an enduring listen.