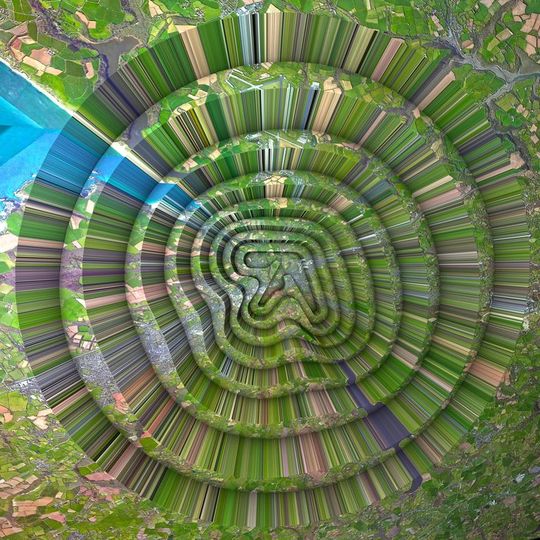 What is there left to say about Richard D James, more famously known as Aphex Twin? Frankly, it's a gift that we're still getting new music from the man, myth and legend at all, given the decade-long hiatus he took from releasing new music not so long ago. But where his comeback full-length Syro was an unmitigated success, his last EP Cheetah received a mixed reception, showing that even those as talented as James don't and shouldn't always get an easy ride based on their past importance.

Collapse, announced a couple months ago via a series of posters that appeared overnight in London, Turin, LA, NYC and Tokyo, however, sees a back to basics approach - as much as that term can ever apply to James - where he has returned to the masterful atmospheric electro we are all used to him producing. Though billed as an EP, the five tracks here clock in at just under half-an-hour of the kind of sounds that are created specifically for one to burrow themselves into and navigate around the labyrinth tunnels James has sonically sculpted. The expected instant reaction to hearing Collapse should really to just put it on again, and again, and again etc.

Opener 'T69 collapse' has also been featured in a stunning animated video which goes some way to displaying this record's artwork concept and promotional campaign (rendering and reimagining landscapes, be they urban or rural), but it is yet another worthy single in a canon of them Aphex has amassed. '1st 44' keeps the pace, though its background harpsichord reminds one of Björk's 'All is Full of Love', while the counterpointed synths is a return to James's legendary Selected Ambient Works.

'MT1 t29r2' is by far the hardest hitting of the EP, sitting directly in the middle of the record, though it is, thankfully, broken up by some brief moments of levity to prevent it from becoming amongst James' toughest work to stomach. 'abundance...' is centred around one of James' classic tropes, creepy voice recordings of English children, reminiscent especially of his classic full-length Richard D. James Album. But even beyond that, this is the most satisfying song on the record as James pulls off his myriad tricks and once again somehow manages to pull everything off in sequence, like a master gymnast or figure skater.

Finale 'pthex' initially at least calms things down for a while, with the lowest-key, deepest-bass inflexion. The final track displays once again that within all the madness, James still has an incredible range and ability to create different moods all within keeping of his highly idiosyncratic style. While Collapse won't go down as one of James's landmark Aphex Twin releases, however, its consistency and striving ambition to keep moving the project forward, both as a familiar, welcome friend but one that challenges you incessantly is highly appreciated. One waits with bated breath on James' next full-length release, should he choose to make one.