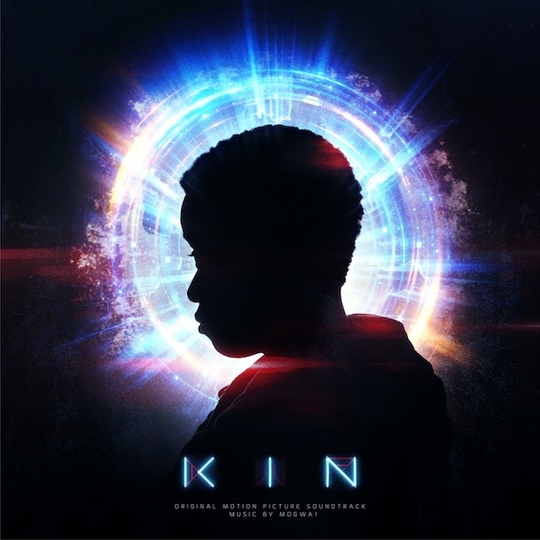 Very dimly, I can recall a time when there was serious debate over the relative merits of new Mogwai albums: it took the wider world a good decade at least to accept that that they were never going to remake Young Team. Somewhere along the line, though, the prolific Glaswegians ascended to elder statesperson status, and the idea of them coming up with a duffer seems outright outlandish. And that goes for their soundtrack work too.

Indeed, 2006’s Zidane remains a key rcord for them in terms of their transition from crescendo tastic post rockers to something a little artier; 2016’s Atomic was supported by a full international tour i which they played the entire album live, from start to finish, at the exclusion of older material; and for my money 2013’s wintry Les Revenants is their best record of recent times - maybe a bit less consistent than the following year’s also-superlative Rave Tapes, but in the bookending ‘Hungry Face’ and ‘Wizard Motor’ it probably features their two best tunes since at least Happy Songs.... Mogwai take this stuff seriously, in other words.

All this is a long preamble to say that while Kin - their first actual feature film score, to a released in the US this week - will inevitably get less attention than a ‘regular’ Mogwai album, then we should take it equally seriously.

As with Les Revs, Kin is a record that puts the band’s beloved minor key reverbed piano at the heart of its sound. The hushed, ominous bars of opener ‘Eli’s Theme’ are modern Mogwai writ large - more stripped and skeletal and less ‘full band’ than on a studio album, maybe, I suspect it wouldn’t be too hard to guess it was them off a blind listen.

The band have put out an awful lot of records now, and you can acknowledge that bits of Kin aren’t a massive shock without meaning it as a criticism. The Mogwai sound is mercurial but distinct – and the cold, spacey crunch and throb of a track like ‘Guns Down’ is exactly the sort of thing you ask them to do a soundtrack for in the first place.

Plus there are moments when the band cheerily pull something new and thrilling out of the bag. Centrepiece track ‘Donuts’ is absolutely gobsmacking, the cetacean scale of their old, more quintessentially rock work, transposed to the electronic waters they’ve plied since Rave Tapes - huge, graceful, glowing, serene in its enormity. (It finds a musical kindred spirit in the luminous final minutes of the title track).

On reflection, ‘Donuts’ is probably the only absolutely crucial song here. Most of the rest of Kin is an exercise in layered, piano centric atmospherics, which the band remain extremely good at, but have made an awful lot of in the past. Even the weary shoegaze pop of the sung closer, ‘We’re Not Done’, feels a bit familiar. By the high standards of Mogwai’s soundtrack work – and therefore their work in general – it’s a bit tread watery. But it’s still bloody Mogwai, a band never less than magical.