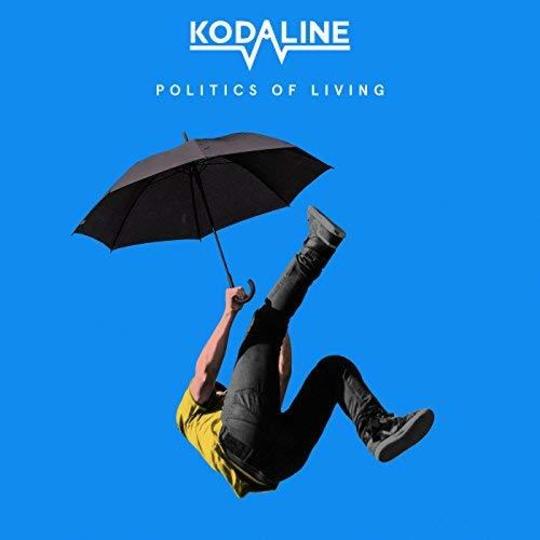 Kodaline has always been a band which had me deeply conflicted. A curious sonic hybrid of mainstream American rock fused with British pop, the Irish group has struggled to map out their own uninhibited territory. Victims of their own success, their second album Coming Up for Air was almost entirely swallowed up in over-production in comparison to their fresh-faced and promising first, In a Perfect World. Kodaline recently told the BBC that marriage proposals take place at 80 per cent of their shows, but after cancelling a string of European dates in 2017 for the purposes of focussing on writing their third record, Kodaline have set the bar high for Politics of Living.

Whether or not they meet these expectations is hard to say. The record as a whole is a little disjointed, veering between happy and sad and in between, almost begging for a common theme or thread of connection. Regardless, it does offer some very listenable sections, with peaks and troughs, worth hearing through a few times at the very least.

Album opener, ‘Follow Your Fire’ is the kind of song I want to hate. Lyrically, it trips into every cliche with self-indulgent sentimentality. Sonically, any glimmer of authenticity has been ironed out by the heavy-handed production. However, from having had it stuck in my head all week, I can confirm this song is a massive earworm with the puzzling ability to zoom straight to the heartstrings without any regard for what your rational side or ears might want to think. An exceptionally strong start.

It’s tracks like these where Kodaline step out of their comfort zone a little which make the album that little bit more interesting. ‘Shed a Tear’ is another love-to-hate song, but the lyrics are delivered so succinctly that before you have time to contemplate them, you’re fully absorbed, sucked into the band’s web. It doesn’t matter what you think, or whether it’s the kind of song you traditionally enjoy. You’ll like it anyway.

The album is not short of lesser songs such as ‘Hide and Seek’ and Maroon 5-esque ‘Worth It’. “I don’t know if it’s worth it/ Is it worth it? I don’t know” must surely take a high spot on the worst lyrics of the year chart. Singer Steve Garrigan verges into Adam Levine territory again on ‘Born Again’, a fairly robotic and monotonous track later in the album.

A flash of the band circa 2013 comes through on ‘I Wouldn’t Be’, a touching ode to family members. Chirpy ‘Head Held High’ is a welcome entry, and relentlessly heartfelt ‘Brother’ is another return to familiar form. ‘Hell Froze Over’ could be taken right out of an Imagine Dragons album, but in a good way, and the album closes on a gentle note during ‘Temple Bar’. This slow, relaxed melody is nevertheless festival-singalong-worthy, and like many of Kodaline’s songs, will probably sound even better on stage.

Despite a few duds, Politics of Living gets a thumbs up overall, although I can’t help but feel that the album would sound better in a pared down setting, without the obtrusive studio interference. It’s hard not to like Kodaline, in spite of their sometimes excessive sentimentality, for their genuine and heartfelt approach to their craft. It’s not hard to see why people like the universality and poignancy of their music.