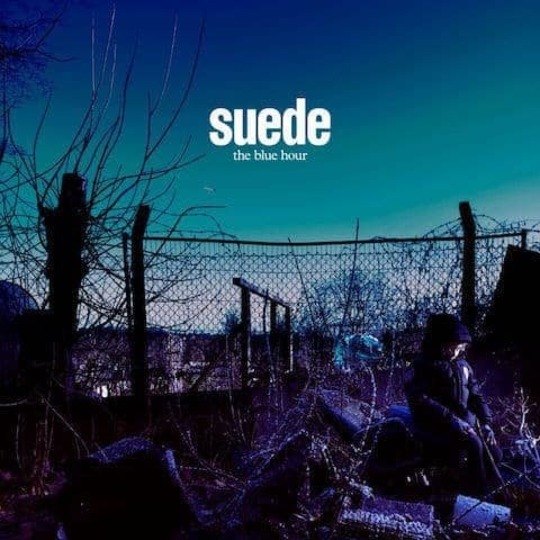 Since Brett Anderson reassembled the Coming Up/Head Music line-up and dragged Suede back into the limelight, that manifesto has changed. 2013’s Bloodsports was a band reestablishing their home turf and 2016’s Night Music built out from there, spooning the darker, grander Suede into those base-elements. Now we have The Blue Hour, which uses its predecessor as a stepping stone, expanding its corners, blackening its tone and dragging it into a terrifying hellscape of brambles and frozen earth, out beyond the suburbs and the ring roads.

The result is the darkest and most swooningly elegiac Suede album since Dog Man Star, and arguably the most imaginative and interesting of their career. Here Anderson and co explore monstrously dramatic spaces filled with gregorian chants, snippets of dialogue and Bernard Herrmann strings, while keeping some of the sex and spit that make Suede, well, Suede. The greatest strength of The Blue Hour is that it can be as glowering and atmospheric as opener ‘As One’, which channels Carmina Burana and the heaviest guitar sound of the band’s career, and then follow it with a plum sparkler like ‘Wastelands’, a song which could sit comfortably on any Suede album. When Brett sings “where the horror in us fades and the children in us play” we know exactly what he means. It puts you through the ringer, this record. You need those moments.

The Blue Hour take us to the edge of darkness and back, flirting with a very British gothic horror, like a musical take on Ben Wheatley’s A Field In England or Jaques Tourneur’s Night of the Demon. It’s there on the cold synths of ‘Chalk Circles’; in the stark poetry and discordant soundscapes of the album’s lynchpin,‘Roadkill’(“flesh beneath my flesh, soil beneath my soil… today I found a dead bird”); on the pulling, aching tension of ‘Tides’. The English countryside seems to terrify rather than calm Anderson; the brambles scratch, the frozen earth is bitter, the world is full of shadows. There’s a missing child, a dead bird, and something buried in the woods that could be either of them. It’s a remarkable thematic achievement.

It’s also, thankfully, always a Suede album and those very familiar ticks and sparkles, the pinwheeling guitars, the boom-tat-tat-boom-tat kick and snare pushes and snaking basslines are all in place. Whenever the woods close in around us the band have the sense to throw us a light. ‘Cold Hands’ is classic hip-shaking Suede, right up to Brett’s “oooooo-ooooo-oooo-ooooh” falsetto in the chorus and “I kicked at the chalk under vermillion skies” comes recognisably from the same brain that gave us “an elegant sir in a terylene shirt”. There’s also some staggeringly beautiful moments here: recent single ‘Life is Golden’ wraps its fist around your heart and pumps it for you, as your eyes fill with tears (“you’re not alone, look up to the sky and be calm, your life is golden”). It’s one of the best things they’ve ever done. ‘Beyond the Outskirts’ explodes into one of those gloriously swoony Suede choruses, and the tumbling strings of ‘All The Wild Places’ balance the despair and beauty that sits at the heart of the album and, indeed, the band. A thorny, earth-stained treasure.