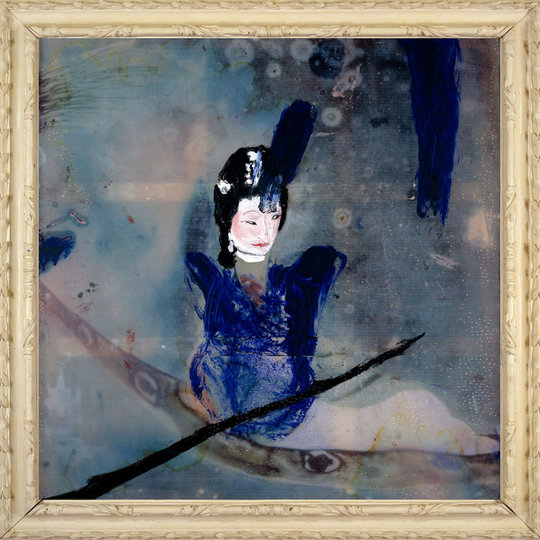 Loosely translated this means: Without jazz life would be a mistake. The same could be said for New York’s Onyx Collective in 2018. The group’s ability to incorporate jazz, rock, punk with avant-garde sensibilities means their music can fit perfectly in the Tate’s Turbine Hall as well as at a gritty house in Brookyln, making them one of the most important bands on the planet at the moment.

As their name implies Onyx Collective, are more than a number of regular players, having collaborated with Nick Hakim, Princess Nokia, Julian Soto, Dev Hynes, Wiki and have, in one guise of another, appeared on David Byrne’s new album and in Ibeyi’s live band. At times they feel like the Wu-Tang Clan of jazz, with a roster of core, and fringe members who could appear on any track at any given time.

Onyx Collective’s RZA is saxophonist Isiah Barr. On Lower East Suite Part Three, he is joined by Austin Williamson on drums, Walter Stinson on upright bass, Spencer Murphy on electric bass, and Roy Nathanson as guest sax on four tracks. There is another, mostly invisible, member of the group, one who holds them together, who inspires and challenges them, and that is New York City itself.

'New York's role in Onyx Collective is everything,' Barr recently said. 'The names of people, the places, the street corners here are so legendary and historically prominent - it leaves a roadmap that we can walk through and a story for us to follow.' On Lower East Suite Part Three, like their previous releases, the city is at the heart of the music. Gritty sax explode like car horns during rush hour, drum patterns replicate the East River surging along, and bass lines mimic the never-ending procession of people populating its street.

Before recording began Onyx Collective were priced out their HQ and moved to a practice space at the Magic Gallery. This effected the new music being written, as concepts like eviction and gentrification show themselves in the songs titles. ‘Don’t Get Caught Under the Manhattan Bridge’, ‘Battle of the Bowery’, ‘There Goes the Neighbourhood’, ‘Rumble in Chatham Square’ and ‘Eviction Notice’ tells us all we need to know. NYC is in flux, and this is fuelling Onyx Collective’s fire and giving them some extra bite to their music.

Opening track ‘Onyx Court’ conjures up images of waiting for an audience with Haile Selassie, or Isaac Hayes in ‘Escape from New York’. Gongs tremble, horns vibrate as the emperor walks to his throne and you are ushered in for an audience.

‘Battle of the Bowery’ gives of a feeling of being unsteady and slightly light headed. As the music swirls around you there is an off-kilter bounce to it. This is when Lower East Suite Part Three really starts to come into its own, and Onyx Collective give a hint of what they’re capable of. Stinson’s bass is the grounding force here. Williamson’s drums and Barr’s sax play off each other to create eddies and maelstroms that create a feeling of movement, and flux, that feels like a short bout of vertigo, or when you get in from a night out and realise you’ve drunk too much. Everything is slowly spinning round you, it’s not unpleasant, but you can see the room slightly turn. ‘Magic Gallery’, an ode to their new home, is the most romantic song on the album.

You can feel the excitement and passion for their new practice space, but the regret and longing for having left their pervious home.

The standout tracks are ‘2AM at Veselka’ and ‘Rumble in Chatham Square’. ‘2AM’ is the most straight forward song on the album, but don’t be deceived, through classic jazz sounds, and vibes, there is plenty going on. Each member is given a chance to showcase their virtuosity at their applied disciplines. It also gives a period of reflection, to take in what you’ve just heard, and get ready for the next barrage. ‘Rumble’ opens with a jaunty sax riff and ad-hock drum fills, while the bass manages to hold everything together. Its wired and frayed in places, but this is when it’s at its most exciting and breath-taking. Much like a real-life rumble, the sax and drums are taking shots at each other, while the bass tries to keep them apart, and play mediator.

On Lower East Suite Part Three, Onyx Collective have delivered an album that builds on the sound, and reputation, of their previous releases but pushes that sound further. Gone are the vocal samples, and field sounds, but in its place is a calculated and frenetic energy that seeps from ‘Lower East Suite Part Three’, showcasing each member’s classical training, but also their disdain for it. They have thrown off the shackles of conventional composition and, instead, opted for something that suits their collectives loves. Lower East Suite Part Three is an important album, not just in Onyx Collective’s career, but in music in general. It shows that jazz isn’t confined to the past, or dusty records, and is loud, vibrant, angry at society and has something to say. It shows that Onyx Collective can rub shoulders with any band and give as good as they get. It also shows that Onyx Collective can write music flawless music, as well as just jam the bangers out, and have fun doing it.