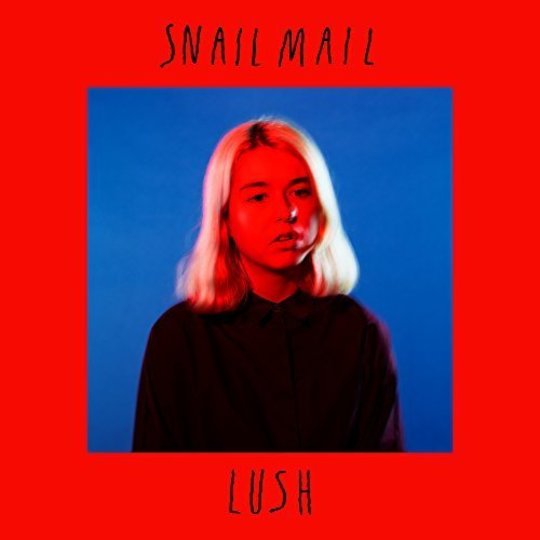 Most of the writing around Snail Mail is going to make reference to Lindsey Jordan’s age as a matter of course.

You can understand the thinking behind that; after all, most 18-year-olds are not signed to Matador Records. That said, Kate Bush wrote ‘The Man with the Child in His Eyes’ when she was 13, and Mary Shelley was 19 when she finished Frankenstein; it is not wildly unusual for young women to demonstrate remarkable creative tendencies before they’ve hit 20. Jordan’s contemporaries when it comes to the kind of carefully-constructed confessionals she deals in include her label-mate, Julien Baker, as well as Phoebe Bridgers, neither of whom are exactly long in the tooth.

With Jordan - who, for all intents and purposes, is Snail Mail - there’s something a little different, though. In interviews, she’s emanated the sort of unruffled cool that suggests she’s very much taking all of this in her stride - it feels genuinely unmeasured, in contrast to Baker’s earnestness or Bridgers’ dry cynicism. Like those peers, the attitude seeps into the music; Lush, Jordan’s first full-length release, is the sort of remarkably assured debut that doesn’t come around all that often. Most artists don’t hit their stride until they get to their second or third LP - if they even get there at all. Jordan already sounds as if she knows precisely what she’s doing.

That’s evident as much in the musicianship on Lush as it is in her writing; the guitar work is consistently skilful, the doing of somebody well-versed in how to use it to craft melodies. ‘Pristine’ is the title of the opening track proper but could just as easily serve as a concise description of how the whole record sounds; the tone of the guitars is clean as a whistle and Jordan’s vocals are clear as a bell. Comparisons will continue to be drawn with Baker and Bridgers but the recent album that Jordan owes the biggest stylistic debt to is I Used to Spend So Much Time Alone, last year’s third effort by Chastity Belt that flew under far more radars than it should have.

That record saw the Seattle band move away from their tongue-in-cheek roots and turn in something more honest, and it was reflected in the purity of its sound, in the lack of distortion and reverb that had previously served as a kind of messy cloak for their insecurities. So much of Lush’s confidence is wrapped up in that same kind of dynamic; Jordan’s quite happily given herself no hiding place, and nor does she need one. It only serves to enhance the emotional resonance of her lyrics, too.

On ‘Pristine’, she sings “is there any better feeling than coming clean?”, and sets the tone in the process; she sounds like somebody who relishes the catharsis that emotional honesty brings with it. That much is clear on ‘Heat Wave’, too, as she eschews the idea of escapism in favour of dealing with her feelings head on. You’re listening to Jordan grow on Lush at the same time as you’re wondering how much room she’s left herself to develop creatively; she’s already sounding polished and bracingly mature.