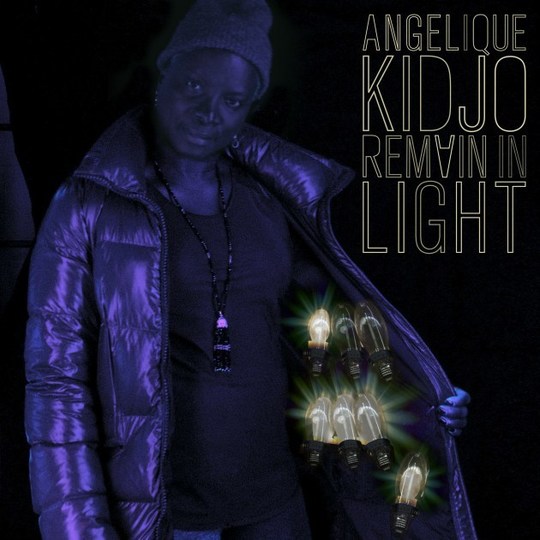 Beninese artist Angélique Kidjo's reimagining of Talking Heads’ 1980 album Remain in Light began life as a live project. Kidjo performed her version of the record at Carnegie Hall in 2017, with an appearance from Talking Heads frontman himself, David Byrne. Kidjo first encountered Remain in Light after fleeing her native Benin, West Africa and its communist regime. Relocated to Paris, she recognised the African influences of the record, and her recorded version aims to unite western and African music, but also to highlight the origins of so much of what western music is indebted to.

Rather appropriately, the album features both western and African musicians from Tony Allen to Vampire Weekend’s Ezra Koenig, but it’s Kidjo's presence that looms largest over the record (save Allen’s inimitable beats). Overall, the album’s songs feel fuller and less wiry in Kidjo and her collaborator's hands. In many respects, the differences aren’t radical, if only in the sense that the band’s influences are so pronounced on the original album. But that said, there are moments that are almost unidentifiable.

As perhaps the record’s most recognisable song, the familiarity of 'Once in a Lifetime' remains apparent, but it also offers up a distinct departure. Kidjo flips the strangeness of the original for unadulterated celebratory joy, along with some wonderfully punctuating brass work, in lieu of Byrne’s middle class, existential anxieties. On 'Born Under Punches' the rhythms feel less awkward stripped of their post-punk fusion and the input of African musicians, which makes the flow feel infinitely more natural. In contrast, the lack of jitteriness on 'Crosseyed and Painless' is a slight loss, as it’s traded for a more danceable, if less edgy, version.

Although fully honouring her own heritage and addressing Talking Heads debt to it, her reworking’s are entirely contemporary. Musically and vocally the record imaginatively transposes it’s many memorable details, as on the jazz inflections of 'House in Motion' and an elastic bass line that mirrors Tina Weymouth’s own rubbery work.

One of the obvious distinctions are the vocals. Their voices are so utterly different, and that in itself sheds new light on the songs. Kidjo's vocal has a richness, depth, and confident delivery that contrasts heavily with Byrne’s sinewy yelp. While it would be fruitless and limiting, to pursue a better or worse scenario, there are moments that are more successful on each version. 'Listening Wind' proves a real triumph mining an emotional resonance not entirely evident in Byrne’s detached vocal, as Kidjo makes it soar.

It’s a great thing that Talking Heads’ record has been fully opened up to what inspired it, and this project has proved a wonderful opportunity to reclaim this music and offer it’s origins out to a wider audience. While both records can be enjoyed in equal measure, Kidjo has highlighted what a worthwhile venture it is to not merely cover a much-lauded album but to recover and celebrate its influences.