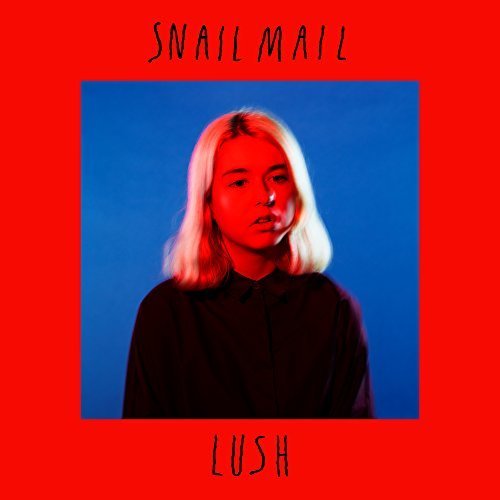 Jordan’s quite happily given herself no hiding place, and nor does she need one»

Snail Mail’s full-length debut album, Lush is released on Matador Records. It’s a debut for the record books — a refreshing marvel of songwriting and technical composition, that’s both cohesive and explosive — Jordan's voice rises and falls with electricity throughout, spinning with bold excitement and new beginnings at every turn. Lush feels at times like an emotional rollercoaster, only fitting for Jordan’s explosive, dynamic personality. Growing up in Baltimore suburb Ellicot City, Jordan began her classical guitar training at age five, and a decade later wrote her first audacious songs as Snail Mail. Around that time, Jordan started frequenting local shows in Baltimore, where she formed close friendships within the local scene, the impetus for her to form a band. By the time she was sixteen, she had already released her debut EP, Habit, on local punk label Sister Polygon Records. For fans of Waxahatchee, Alvvays and Veronica Falls.
description from www.roughtrade.com