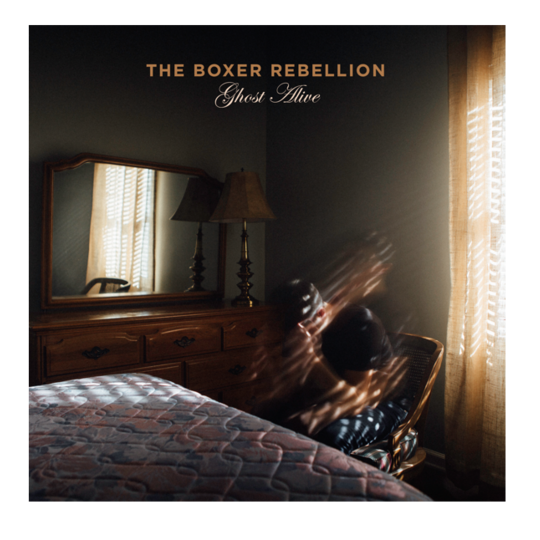 The Boxer Rebellion are one of those bands that should have been filling arenas for a long time. Masters of widescreen bombast and wrought sentimentality, they're one of the most consistent outfits to emerge from these shores over the past decades yet somehow incredibly find themselves relatively unknown throughout the provincial areas of the British Isles.

Which is in complete contrast to their profile across America and mainland Europe. Rightly lauded in those parts of the world, they've been a big deal in many a foreign land for some time – 2013's fourth long player Promises cracked the top 100 of the Billboard Chart while just missing out on the Dutch top ten in the process.

Perhaps more significant is the band's willingness and determination to change with every record, and while album number six Ghost Alive marks a stark departure from all of its predecessors, the most notable difference is its creators' decision to strip everything back to basics rather than add layers to their shimmering sonic palette. Conceived in the wake of singer, guitarist and lyricist Nathan Nicholson's father passing away. Ghost Alive represents arguably The Boxer Rebellion's most intimately personal collection of songs to date.

Painful yet cathartic in equal measures, there's a vulnerability to Ghost Alive that resonates across its 11 pieces. Aided impeccably by Adam Bartlett's input on the arrangements alongside guitarist Andrew Smith who shared production duties on the album. Given the circumstances, it would probably have been easier to bury the songs in reams of feedback and distortion yet instead there's a comforting nature in the way Nicholson's songs are presented.

'Here I Am' with its refrain of "I lost you once, I won't lose you again" and 'Fear' on which Nicholson desperately implores "Won't you stay?" revel in profound sincerity that's evident from Ghost Alive's deferential beginning to its forlorn finale. The instrumentation while refined and mainly acoustic fits the sombre mood, with rhythm section Adam Harrison and Piers Hewitt acting as buffers to Nicholson and Smith's delicately executed melodies.

Where songs like 'What The Fuck' and 'Lost Cause' exemplify that feeling of helplessness in such a solemn situation, 'River' takes a reflective look back ("Will it ever lead to my dreams?") at happier times. It's closing number 'Goodnight' that really accentuates the grief pouring out of Nicholson's soul here, and in a similar way to Nick Cave's Skeleton Tree, Ghost Alive is a fraught yet consolatory record documenting the loss of a loved one that warrants its place in rock's chagrin of uneasy listening.

The Louder I Call, the Faster It Runs