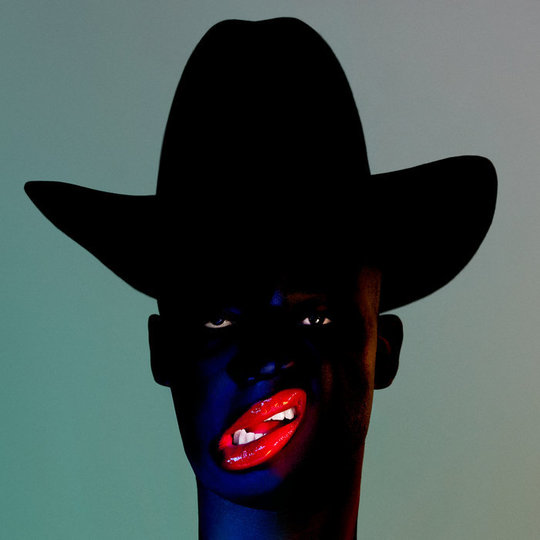 Three years ago, Young Fathers were seemingly on top of their game, on top of the game, gobbling up awards, critical praise and a lengthy touring schedule, including supporting their Nineties forebears, Massive Attack. The trio of Alloysious Massaquoi, Kayus Bankole and 'G' Hastings released their last album White Men Are Black Men Too relatively quickly after their Mercury Prize-winning, breakout debut album Dead, featured heavily on the Trainspotting 2 soundtrack and ultimately broke down simplistic conventions of what it means to be an "alternative" band in the UK. They appeared suddenly, but flew straight to the top and stayed there, even in the face of a burnout that would kill off many other, lesser, artists.

The fact that the Edinburgh trio took far more time over their latest record Cocoa Sugar than at any other period of their career so far, has not affected their staying power. Rather, it has added to their mystique. And it is immediately, abundantly clear that the time spent on Young Fathers' third record was time well spent. This is a far more stripped down, stream-lined record that remains just as essential and urgent as all their output so far with little to no compromise. Truly, we are lucky to be in a time and space where Young Fathers fly in the face of their myriad genres - pop, indie, hip-hop, punk - and traverse them all elegantly.

Right from the word go, 'See How' announces that while the band may have slowed down slightly, they've lost none of their intensity. Over the course of Cocoa Sugar's 12 tracks, the band prove again what accomplished songwriters they continue to be. Lead single 'In My View' is perhaps their most emotionally charged and moving song of their entire oeuvre so far, for instance. Meanwhile, 'Tremolo' may make a fairly obvious production choice, the repeated line of "Tremolo my soul" is a haunting sound that manages to avoid overt sentimentality. Proving their durability, this is immediately followed up with 'Wow' which with its pacy beat gives many punk songs a run for their money while even being able to throw in their "doo-wop" acapella vocal stylings in there without blinking.

In the album's second half of the album, the 'darker' sounds take over, such as on 'Holy Ghost' which is perhaps their most straight-up hip-hop song on the record. Other recent single 'Toy' however shows the band's more stripped back style isn't completely prevailing here, as it remains the skittish, textured track they are perhaps more known for. Finale 'Picking You' with its pulsating organ and marching drum snares (and I swear there's a distorted bagpipe drone in there) feel very much like the record's funeral procession - especially when featuring lines such as "I only go to church when someone dies" and "You'll never find your way to heaven"- giving Young Fathers third and possibly best record the deliverance it deserves.

Ultimately, Young Fathers continue to prove their worth as an outlier in UK art-pop. Their very specific melting pot of identities continue to be one of the most exciting things coming out of not only Scotland (which they very much are) but in the world, today, facing an increasingly divisive political sphere of which the band's music is in constant conversation with. In essence, we need Young Fathers more than we actually deserve them.