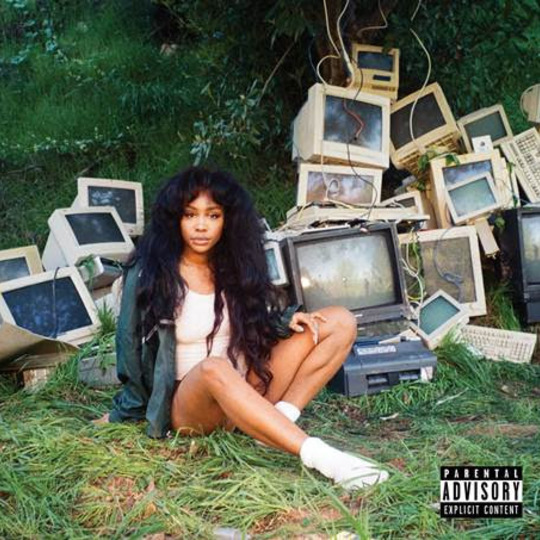 As the year comes to its end, it would be easy to focus on the most recent releases and overlook how some albums, released early this year, got the opportunity to live their own life and grow. Lyrics in particular can take their time to sink in, and it’s therefore never to late to praise an album’s lyric writing.

Back in June, SZA went on syndicated US radio show The Breakfast Club to promote her new album Ctrl. After being introduced as 'the side chick', SZA cuts the host Charlemagne Tha God, saying 'First of all, I know exactly what you’re going to talk about'. Unphased by her warning, Charlemagne goes on and tells her that the album 'represents for the girl who is dating a guy who has another girl, but like most side chicks they want to be the main girl'. SZA gently goes on to explain how this is a reductive view of her album, which is about 'taking the power back'. Still insensitive to her message, the other male host ends up saying that the album feels lonely and that after listening to it, he felt like she needed a big hug.

To anyone who has been paying attention to the recent evolutions of the R&B and hip hop scenes, the double-standards in the reception of SZA’s album are quite obvious. Singers such as The Weeknd made a career out of discussing their loneliness, substance abuse and insecurities. 'Hotline Bling' and other songs discussing a man’s inability to obtain’s a woman’s attention are on top of the charts. Despite the fact that views on casual sex tend to become more and more liberal, women’s right to own their sexuality is still a right that society feels comfortable to challenge. In Ctrl, SZA draws on her personal experience and explores women’s sexuality in a direct and honest way which was so far mostly reserved to male R&B and pop artists.

‘Supermodel’, the album’s first song, opens with an excerpt of a vocal recording of SZA’s mother saying that her greatest fear is to lose control. What follows is the story of a messy breakup, in which SZA sings about having insecurities about not being loved back the way she wants to, which conflicts with her desire to be strong and independent.

This is a common theme in the album, which explores the difficulties of a black woman’s dating life: living in societies which tends to put self-interest above anything else means that the dating game is a rigged one. And calls for women to be strong, independent, self-sufficient and `lean in’ occult the fact that self-doubt is often the only option for those who feel the pressure to conform to societies’ expectations and the policing of women’s bodies and minds.

'Doves in The Wind’, written at the glory of the `pussy’, directly echoes to the numerous phallic metaphors in recent R&B, with Kendrick Lamar rapping ``How many times does she have to tell you that this dick is disposable?’’. The much talked about “The Weekend”, in which she discusses being the other woman and being cool with it, is particularly within the context of a year marked by a strong advocacy for (sex-positive) feminism, and echoes to black female-led TV shows such as HBO’s Insecure and Netflix’s She’s Gotta Have It which portray self-care and self-determination as acts of rebellion, telling young women that their lives can be messy, and that there’s nothing wrong with that.