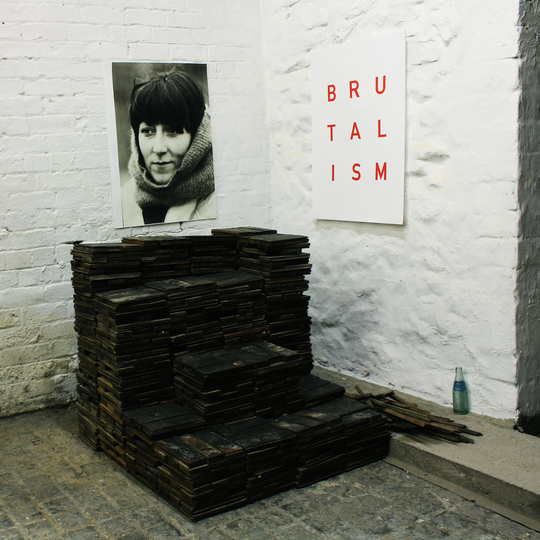 This has been the year of IDLES and Brutalism - released back in March - defies all the expectations and images one might reserve for a debut album. Beneath the surface of charismatic rage and sonic gut punches there is an unparalleled level of confessional vulnerability and writerly prowess that comfortably cement it as an instant classic.

Joe Talbot, in the role of frontman, shows little mercy for the pretentious, the stupid, the self-righteous and those responsible for furthering society’s impending collapse. His writing really shines when his personal relationships are under the spotlight and when he turns his ire on himself. The album is particularly focused on Talbot making sense of the untimely death of his mother and examines grief in all its forms, whether it be sad, messy, dignified or soaked in Buckfast and pissing in kitchen sinks. Throughout Brutalism he lurches masterfully from prosaic and articulate to cruel and sarcastic when his anger flares, like a charming but intimidating drunk: “You want to be a shepherd? Well good for you. Go ahead. Your life won’t be so tepid.”

Where there is already a crowded field when it comes to tightly-wound and excellent loud music,Brutalism edges out the competition in how unapologetically political and sincere it is: “A loved one perished at the hand of the baron-hearted right”, taken from ‘Divide and Conquer’, takes aim at the powers that be, comfortable in their ability to reduce the lives of human beings to cost-saving exercises and ticked boxes. ‘Rachel Khoo’ doesn’t pull its punches when it comes to the comfortable and smug class, devouring “cheap drugs and expensive wine”, maddeningly untouched and unperturbed by the ravages of austerity.

The album is also particularly commendable for how no-nonsense it is instrumentally. Mark Bowen and Lee Kiernan’s guitar work demonstrates a clear affectation for drone and abrasiveness, but when they deploy hooks it is always devastatingly effective. The gleeful breakdown of ‘Well Done’ or the excellent movement and interplay between Talbot’s vocal interjections throughout ‘1049 Gotho’ are both real highlights. There are no theatrics or posturing - Brutalism is refreshingly direct, immediate and lean to the bone. In fact, so tight and unfussy are bassist Adam Devonshire and drummer John Beavis at providing the foundations for the album’s glorious chaos that a friend recently asked me whether I thought the drums were programmed or not. After listening again to the clanging stomp of ‘Heel/Heal’, I can certainly see where they might have got that idea.

None of the base elements of Brutalism break new ground but, with writing as good as this, it is an album capable of shutting up the type of bore who would scoff at a guitar as though it is a Stone Age statement of intent. It’s worth noting that the band themselves cite grime and electronic music as a potent source of inspiration, rather than claiming to be heirs to the exhausted and battered thrones of punk/post-punk.

Go beyond the lyrics you’ll already have heard about Mary Berry and scaring Tories, now rendered glib from being crowbarred out of context, the most important words in Brutalism stand stark and unflinching at the centre of ‘Mother’, the album’s centrepiece: “Sexual violence doesn’t start and end with rape. It starts in our books and behind our school gates. Men are scared that women will laugh in their face whereas women are scared it’s their lives men will take.”

I’ve held my breath watching Joe Talbot deliver this line live, half-expecting large groups of angry men to respond negatively. Instead, his dismantling of masculinity is so articulate and forceful that he is met overwhelmingly with understanding and respect. With the troubling tidal wave of widespread and pervasive sexual assault coming to light over the past few months, the way that Brutalism rages against injustice feels even more relevant and vital than it did back when it was released in March. If the message continues to resonate with so many, perhaps there is hope for us after all?

In spite of Talbot’s anger and frustration that hold Brutalism together, it is an album that leaves me brimming with optimism. Not just because of the band’s deservedly bright future, but because of the way that IDLES successfully articulate the values of introspection, commitment, kindness, growth and clarity through a cathartically loud and ugly vehicle. One that, no less, perfectly holds up a mirror to our own loud and ugly lives and times. For those who usually swerve heavy music, you’ll actually find Brutalism is a lot more inclusive and accessible than first impressions might suggest. Compared to how aurally draining Why Love Now? by Pissed Jeans is, the production on Brutalism is tight, polished and, interestingly, almost sounds like a pop record. The result is that none of the album’s sentiment is buried in reverb and drone.

In the months since release, Brutalism has lost none of its bite and stands peerless as a staggering album of unmatched sincerity and self-assuredness. Above all else, it reminds us that honesty really is the best policy. It certainly isn’t the album that any of us were expecting at the start of 2017, but is an essential piece of work that we are extremely lucky to have.