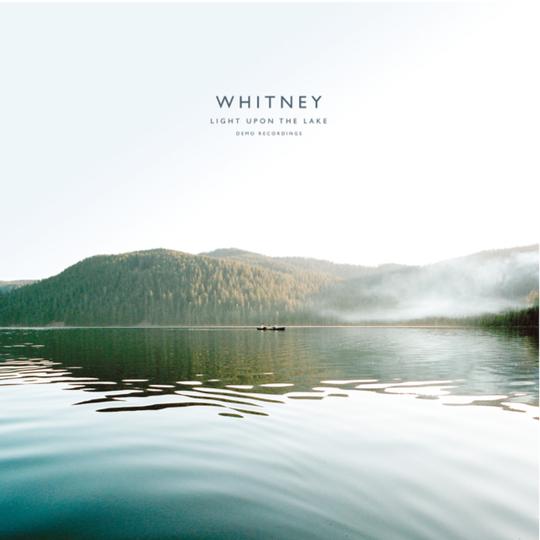 It feels odd to be writing about a new release from Whitney in the depths of November. Light Upon the Lake, the band’s June 2016 smattering of pop-rock wistfulness, is drenched in sunlight and the warmth of long, summer days. It’s disconcerting, then, to learn that the original record was borne out of one of Chicago’s most brutal winters in history, but comforting to know that Light Upon the Lake: Demo Recordings is back in the season it belongs, despite its summery aural resonance.

After their former band Smith Westerns disintegrated in late 2014, guitarist Max Kakacek and drummer Julien Ehrlich (who also drummed with psych-rockers Unknown Mortal Orchestra) formed Whitney, sharing songwriting duties between them. On the most part, their sound is overwhelmingly easy, an unfussy concoction of soul and breezy Sixties rock. Ehrlich’s voice – which hangs over the tracks as he sings while pounding his drums – is perhaps the uneasy portion. It tends to lean towards whiny, yet its earnestness is always clear. If any voice was suited to induce empathy when singing of heartbreak and loss, Ehrlich’s is it.

Admittedly, Light Upon the Lake was only released a year and a half ago – this is hardly a re-release of a classic, or a poignant special cuts collection. Keen fans will be disappointed to discover that only one new original song (and one previously-unreleased cover) separate this album from the original track-listing. It is lucky, then, that what Whitney are relying on is a batch of already incredibly tight pop tunes, whether they are demos or anything else.

Even these demos, purportedly released to give listeners an insight into the duo’s early recording process, never stray too far from the feel of the previously-released versions.

‘No Matter Where We Go’ – the very first single Whitney released back in June 2015 – is still the stand-out track. Ehrlich and Kakacek’s tight craft, and ear for simple-sounding tuneful melodies which pack a real emotional punch is on its best form. On Demo Recordings the track takes a slightly easier pace, while the keys knock into a heavier jolt, the guitar counter-melodies adding a warm dissonance.

The rawest demo here – the most demo-sounding demo, if you like – is ‘The Falls’. In this incarnation it is an even more laidback track than its more polished version, which was already pretty horizontal. There is a deeper jazz warmth in all parts, from the bass to Ehrlich’s vocals, which, though still distinctive, are not as irksome as they are elsewhere.

What the demos do allow for is the exposition of intimate moments that, on the 2015 offering, seemed to get lost underneath lush brass and string arrangements. The intimacy of ‘Dave’s Song’ is even more obvious once the pedal steel lies exposed, alongside the ever-present muted brass. While this is generally an album of hopefulness, that optimism can only stem from previous seasons of loss and despair. These sincere moments are laid out in grimy detail by Ehrlich, as he here sings, “I know you can’t help me now / But sometimes people change / I’ve been sick since you left town / We’ve gotta find a way to feel the same.” The lyrics hardly chime with elegance: this candour is what makes them so moving.

‘You and Me’ bursts into life as the only previously-unheard original track in this collection. For listeners unfamiliar with the first Light Upon the Lake release, it will come as a surprise that this did not appear previously. Helped by honky-tonk keys, its typically-Ehrlich jolty guitar patterns make for a bright listen, likely the brightest on the record. Against the mellow guitar of ‘On My Own’, ‘You and Me’ is pleasantly chirpy.

To ‘Southern Nights’, the Allen Toussaint R&B classic, Ehrlich and Kakacek bring an undoubted tenderness. They don’t stray too far from the softness of the original, but relying more heavily on keys, rather than guitar, suits their bluesy sound.

This album does not offer up very much that you couldn’t have got a hold of on the original record. But when their original box of tracks was as sweet and inviting as theirs, it’s hard to go far wrong.