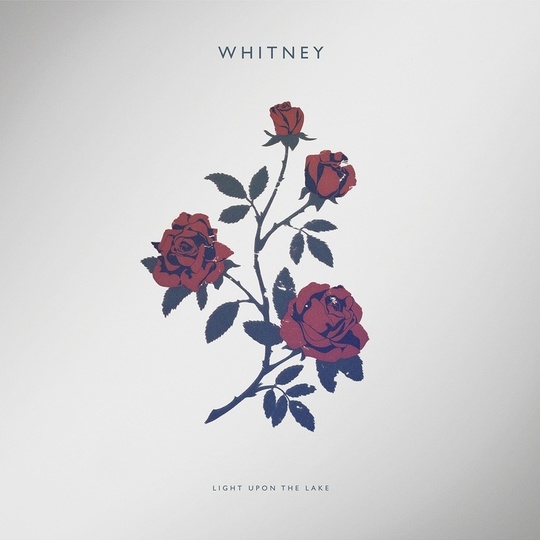 Welcome one, welcome all to what I was reliably informed recently – by a cab driver in Stockport, no less – is the great British heat wave of summer 2016 [editor's note – this review was submitted a week ago while the weather was still shit, sorry Dan]. I write this on Bank Holiday Monday and, while I slave away, ensconced in a Tooting flat, to bring you this review, I assume everyone else in this fair city is out basking in 14 degree temperatures. Victoria Embankment, St. James’s Park and London Fields must be buzzing with scantily clad young folk lapping up gloriously grey cloud. Welcome one, welcome all to the great British heat wave of summer 2016: shit, isn’t it?

The thing is, this may be a damp squib of a May [again, so sorry Dan], but no one seems to have told Whitney (look, I know how tenuous this is given they’re from Chicago). Rising from the ashes of the Smith Westerns, Whitney’s debut screams – no, actually it gently whispers – effervescence and warmth. It’s light and unchallenging but avoids tripping over into cloying whimsy: Light Upon the Lake is more Wes Anderson than it is New Girl.

It is apt that this is a band from and an album recorded in the Windy City. Breeziness characterises the best songs and it’s a strength that this trait is near constant. The singles, ‘No Woman’, with its light acoustic guitar and delicate keys, and the chilled funk of ‘Golden Days’, are a strong indicator of what to expect from the album. Falsettos that don’t give a fuck are present throughout too: if this sounds like a typically white, middle class indie band who wouldn’t know a non-first-world problem if it bent them over and fucked them with a coke bottle, then it’s to their credit that they at least know what they are.

There are, as with most debuts, flaws but they are minor ones. ‘Red Moon’, a trumpet-led instrumental, is a misstep – an ill-advised foray into easy listening jazz. It does stand out as the only really weak song here but it is one that hits with a clunk, halting the album’s momentum two tracks before the end.

Yes, Light Upon the Lake is yet another whiteboy indie dreampop album – the title should give that away – and there is a genuine debate to be had over how many more of those we need post-around-2010. It is, however, gloriously minimalist in an age when the default setting seems to be to pour as much perfunctory instrumentation in as humanly possible. The album was recorded as a six-piece and it comes as a genuine surprise to discover that. Whitney have wisely spread their resources across a record rather than just crammed in as much as possible.

Are Whitney destined for long-term success? Instinct says no they’re not. Pleasant but forgettable-in-the-long term albums are, after all, a dime a dozen. But this does stand out as one of the best.