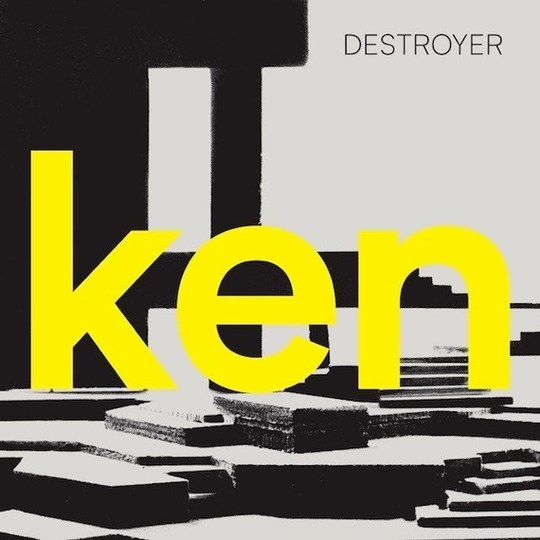 There’s a problem inherent to being one of the most consistently great songwriters around: people get used to it, and they expect more than is fair. Dan Bejar, the creative force behind Destroyer has been on a roll for years now… 17 of them to be precise. Every one of the eight Destroyer records since 2000’s Thief has been somewhere on the scale between 'excellent' and 'near-perfect'. That three of these albums – Streethawk: A Seduction (2001), Destroyer’s Rubies (2006), and Kaputt (2011) – are genuine stone-cold classics doesn’t hurt, of course.

The thing to remember with artists like Destroyer, or rather with songwriters as consistent as Bejar, is that, when a record arrives that is less impactful than the classics of the catalogue, its strengths can often be unfairly lost behind a sense of misplaced disappointment. The last Destroyer record, 2015’s Poison Season, was brilliant, but it’s a case in point. An explosive reimagining of the Destroyer sound, it was less obviously successful than Kaputt but it nonetheless contained some of the finest (and most imaginative) songs Bejar has written to date. Two years on, however, it almost seems to have been forgotten. Kaputt has undeniably been identified as possibly the landmark Destroyer record. What chance, then, does ken have?

Opener ‘Sky’s Grey’ poses some suggestions. An exhortation to “young revolutionary capitalists” which sees Bejar musing on “Bombs in the city, [and] plays in the sticks” whilst supposedly “working on the new Oliver Twist”, it’s almost a metaphorical translation of the unforgiving (perhaps impossible) task Bejar sets himself each time he starts work on a new record. Artists like Bejar, who are – of course – almost completely alienated from the music business despite being (relatively) successful, are eternal chroniclers in a world that sometimes feels rather fragile and temporary. What can such poets really hope to say?

As a whole the record is suffused with the musical influence of The Cure, which is surprising not because that band’s influence has not been apparent in Bejar’s previous work but instead because Robert Smith’s morose tendencies feel so distant from Bejar’s rather more relaxed (and pleasantly wordy) emotional lexicon. The guitars at times are straight out of Disintegration (especially on second track ‘In the Morning’ and yet instead of Smith’s laconic drawl we get Bejar’s breathier tones. The increased presence of synths this time around is notable, as is the subtler presence of Bejar’s collective of musical collaborators, who (on occasion) came to dominate Poison Season.

Lyrically, of course, Bejar has always been something of a magician, capable of bringing together stunning juxtapositions and remarkably poignant non-sequiturs. Things are no different this time around. The marvellous linking of “a death star in bloom” and “a rattle in the hand of a baby” on ‘In the Morning’ is a highlight. “I can’t pay for this, all I’ve got is money” is the real stand-out though. Write that in your scrapbook. Use it as a life motto. Reflect on how it frames contemporary capitalism as a soulless, vacuous destruction of the concept of value. Or something like that.

I don’t know where I’m going with all of this, but then, perhaps I’ve not really got anything to say. ken’s a grower. It’s not going to immediately colonise one’s affections in the way the best Destroyer records do, but it will slowly get there, even if some will immediately dismiss it as a supposedly 'weak entry' in the Destroyer catalogue. Bejar knows this. As he himself emphasises on the last track, these are just the rules of the game.