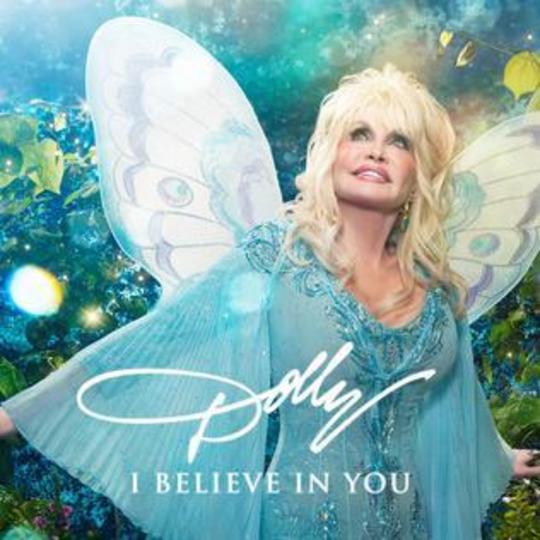 If ever there was a musical career that could be likened to a nursery rhyme or fairy tale, then Dolly Parton’s rise to international superstardom must surely be a contender. A figure of tragedy and triumph by turns, Parton’s personal and public life has been as much marred by controversy as it has touched by success and good fortune.

Recently appearing alongside Lily Tomlin and Jane Fonda - her co-stars in the iconic Eighties comedy 9 to 5 - at the 2017 Emmy Awards, the trio faced some backlash after Tomlin and Fonda used their entrance speech to make a dig at US President Donald Trump, calling him a 'sexist, egotistical, lying, hypocritical bigot.'

Your words not ours, ladies. Actually yeah go on then we’ll put our hats in the ring for that as well. From an adult’s point of view, I Believe In You as a whole is a psychiatrist’s wet dream, from the bizarre baby voices to the intrinsic sadness that run throughout. In fact, there’s often so much going on that it’s difficult to unpack quite how many layers of trauma and psychological issues might have been compounded by the fickle nature of modern society, fame and an industry as brutal as the music business . Having said that, this isn’t Parton coming across as some broken and tragic figure - she’s clearly got a loving heart and a desire to effect real change, both as a moral compass and grandmotherly voice of good character for whichever children she feels might need the support. It would be too easy to poke fun both at her and this record, and both deserve better.

Her 1971 hit single ‘Coat of Many Colours’ - reportedly one of Parton’s own favourite songs - gets a new and refreshed outing, a literal rags-to-riches tale that reflects on Parton’s humble origins and includes allusions to the Christian faith which is obviously of high importance to the country star. It’s a track which is tinged with melancholy, as is much of her output – an element of her personality which is not lost even on this light-hearted children’s record, that often references bullying and poverty.

‘Together Forever’ is a well-phrased if a little soulless offering on the nature of staying by someone’s side through thick and thin, again, something which Parton is more than qualified to comment on after a highly unusual 50-year marriage in an age where celebrities tie the knot more frequently than some of us change our bed sheets. The saccharine but maddeningly catchy ‘I Am A Rainbow’ is an admirable, if a little opaque, tip of the hat to inclusivity that encourages children to “love a lot, and colour the world” whilst ‘A Friend Like You’ is a full-of-silliness slice of CBBC pop.

One of the 'highlights' of the record is the Mexicana/Calypso of ‘Imagination’ – a genuinely well penned single which touches on aspects of Bob Dylan, Boney M, Meatloaf and Springsteen. It sounds insane, but believe me, the chorus is a bloody banger, and the lyrics are again shot through with a sadness which typifies this strange record: “When I’m feeling sad, frustrated or I’m mad, when no one understands my situation, I’ll tell you what I do, and you can do it too, I run away in my imagination”.

“Let’s be earnest, let’s be frank, everybody has to work” admittedly isn’t the kind of storming opening you might expect from a song about ‘Responsibility’, which is painstakingly spelled out vocally far less successfully than on Aretha Franklin’s wonderful ‘Respect’. It feels oddly out of place here, like a sledgehammer of reality for the poor little nippers amongst the rest of the magical Disney-infused offerings. That’s life kids. Get over it.

‘Chemo Hero’ is definitely enormously well-intentioned but, for this writer, widely misses the mark on the boundaries of good taste. It feels harsh to critique a song written for children in recovery from cancer but the relentless, cheery optimism of this track feels so brutally tragic when set against the harsh reality of the struggle those children are going through. Between that and ‘Brave Little Soldier’, shades of this record are a telling and toe-curling extension of good ol’ Uncle Sam at his most chillingly oblivious.

The production is, sadly, just as counterfeit as much of Parton’s idealised America has been throughout the years, and sounds like it was made on a Casio keyboard for the most part. The mind boggles to think how many sublime bedroom records have been made for a fraction of what this probably cost. That aside, there’s plenty for children to like about this album and it’s hard to turn up the nose at the moral message which is at the core of the songs.

Is there a danger of over-intellectualising an album of material written for children? Definitely, and I am completely OK with that, because Parton is a fascinating character who is about as much a product of our time and the unstoppable rollout of American global culture as it’s possible to be, and it seems a timely re-examining of those values and their foundations might be exactly what’s needed in 2017.