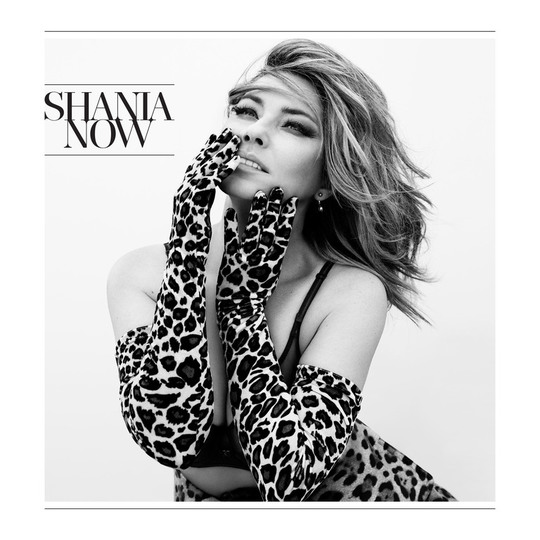 I will cut to the chase – Now by Shania Twain is pure shit. So, why is she releasing it, er, now? You won't find the masterful pop of 'That Don’t Impress Me Much', nor the perfect 'Man! I Feel Like A Woman!' In fact, you won't find any exclamation marks on this album at all, only a long, drawn out ellipsis...

We can read this in one of two ways. Number one: is Twain's Now is radically shit? Does it radically impose a campness onto a hierarchy of male-created top-down tastes? Number two: are these just inoffensively shit, insipid and complicit songs for the 'yaaasss queen' generation? I'm leaning towards the latter. While there's plenty of material on here for a girl with a tragic backstory to sing on America's Got Talent, it's hard to imagine these songs gaining traction in any other environment.

Now begins with the lyrics: "Summer's here, bring it on. Another year, one more beer, another song." These are almost spiritually identical to Bo Burnham's sketch on vapid 'stadium country stars' - right down to the beer. Though the song itself is far too sprawling and deranged for parody. There's some reggaeton, Irish fiddle and stadium rock which is switched up in a pretty doggerel fashion. It is a shambles. If the album's opener didn't do it, then 'Home Now' should have the John Deere tractor boys swinging their dicks at the barmaid. It's a real stadium hoedown, just without the fun. Next track 'Light Of My Life' is basically unbearable, as Twain gives her best peanut-lodged-down throat/Anastasia impression over three elementary guitar chords. The chorus is delightful, however. She sings, "you are the light of my life, my little piece of the pie" the same way you'd imagine a big, blubbering bloodhound to serenade you if he could.

'Poor Me' is Twain's attempt at being trendy and fitting into her idea of what 'cool pop music for the kids of 2017' would sound like. It's a Garageband take on chillwave, with a continuous loop of guitar which drags and isn't quite cool enough to soundtrack the next Despicable Me movie. 'Poor Me' is, in other words, the sonic version of that aunt who gets you dolls each year for Christmas, despite your mum insisting that "you're too old for those now." Nevertheless, that goddamn guitar persists and so does Twain.

It's clear halfway through Now that Shania Twain's once brilliant method of rendering complexity into simplicity has been lost. While Twain does still uphold her diva performance tradition, it's not at all leveraged by the amateurish production. Right the way through the album, each song tries to refresh and differentiate the listener's experience with overpacked attempts at genre-switching and cheap energy-raising modulations. As Twain's first record since producer and husband 'Mutt' Lange's departure, she's been unconvincing as a standalone project. Mutt isn't the reason behind Twain's success, but he was certainly a good co-worker. He ingeniously disguised intricate rock formulas into inoffensive pop to fool and enthral the country music crowd.

Now isn't going to fool anyone, except maybe the 'yaaass queen' crowd and grandparent-pandering radio. What was promised to be Twain's 'very, very pure' album is anything but. She's been through a remarkable amount of tragedy (Google it - she is quite astonishing, really) and this doesn't seem like her attempt of exorcism. It's even uncanny to hear something that must have been sourced form genuine feeling go through a tunnel of affectation. The effect is similar to hearing your own voice on the other end of a phone call and not being able to identify it. What was once brilliant simplicity has become opaqued by cover-all cliches. So, it's only appropriate to finish this review of a terrible album with an equally terrible closing line: Shania Twain, this album really don't impress me much!