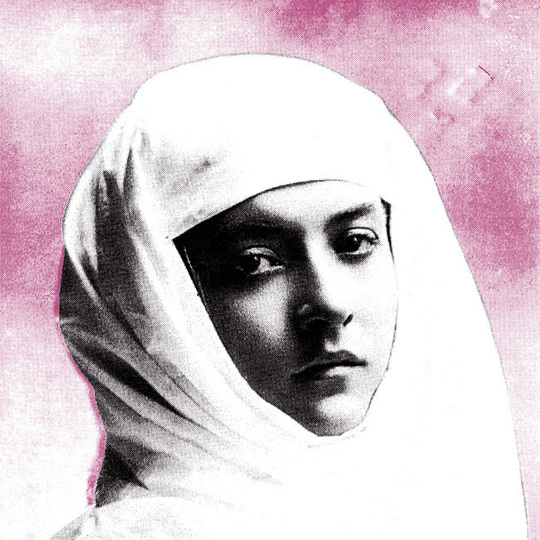 "She's just trying to reach you"

There are a few times where Joe Casey, lead vocalist of the Detroit post-punk band Protomartyr, sounds like a haunted figure but none more so than on the above quote. If you have heard Relatives in Descent's stunning lead single and opener 'A Private Understanding', you will already have heard this repeated mantra. However, Casey also closes the album with it.

It is a breathtaking moment, for a band who have developed a knack for them, when the album's finale 'Half Sister', a swaggering, misanthropic song in which Casey tells three (fictional) tales from different points in history all regarding the idea of 'truth;, returns to the line that essentially starts this incredible ride. It is also a nice call-back to the band's 2015 sleeper-hit The Agent Intellect which opens and closes on the same note, keeping up this idea that music, art, life is often cyclical, through the ages and generations.

And indeed, there is a lot here on Relatives in Descent - a title which alludes to passing generations - which concerns the idea of ageing, wondering what will become of our future as a result of our past and the anxieties that brings, along with just trying to carry on existentially in the modern day. On songs like 'My Children', Casey aggressively plays the role of the older generation who have arguably sold the next one down the river with its selfish and fearful political and social decisions "My children/They are the future/Good luck with the mess I left, you innovators." Later, Casey reprises this role on 'Male Plague' where he details the fears of the ageing patriarchy both physically ("see-through skin, barnacles of age") mentally ("Old days misremembering"), emotionally ("Fear of the future - losing your hold") and politically ("False news beamed right in"_).

Casey has always been a seething frontman even at the best of times, wildly critical of politicians and big business's hypocrisy and self-regard. However, in this age where "vile Trumpets" are blowing, and the concepts of false news are being blurred with the ideas of 'truth' and 'facts' there is a much-justified case for anger. Casey avoids easy finger-pointing or generalising of his own, bar a few intended puns, instead, mixing the mundanity of everyday interactions such as talking to call-centre customer service assistants from "Bangalore... or was it Mahabalipuram?" in 'The Chuckler' with wild, dramatic stories like the horse who was struck by lightning, began to speak a foreign language and was understood to say "humans are no good" before being shot for his truth-saying in the aforementioned 'Half Sister'.

Protomartyr largely get away with these lofty themes because of Casey's voice. Both melancholic and furious at once, he conveys a fragility and insightfulness that makes him such a haunting presence all over this record and equally if you ever get the chance to see him perform live. He has shown plenty of moments like this before, especially on The Agent Intellect where he penned an incredibly moving epitaph to his mother in 'For Ellen' or, it seemed, re-assured us, the listener 'There's no use being sad about it/What's the point in crying about it?' on the stunning 'Pontiac 87'. However, here on the band's fourth and best album to date, there is no denying his prowess as a Nick Cave for a new generation, even if, ironically, Casey is closer to Cave's than the rest of his band or most of his audience.

Over the course of Protomartyr's existence, there have constants and there have been variables. Right from the word go with their 2012 debut No Passion All Technique Casey has been an enigmatic and infatuating frontman, backed by a terrific trio of innovative musicians: Greg Ahee's driving, sumptuous guitar, Scott Davidson's hypnotic bass, Alex Leonard's thunderous drums. All that's really changed, other than Sonny DiPerri (Animal Collective, Dirty Projectors)'s expertly wide-screen production, is that the band have got more confident and therefore, better, with every release. You only need to listen to opening, jarring drumbeat of 'A Private Understanding' (and with it the album) or the gorgeous 'Night-Blooming Cereus' to appreciate that. Meanwhile, tracks like 'Don't Go to Anacita' see the band produce something so playful it is verging on pop-punk, minus the cheesiness that genre can elicit.

Ultimately though, this fairly incredible album's best moments do come from its opening and closing, and so it only seems right for this review to finish by returning to it. 'A Private Understanding' is arguably one of, if not the song of the year or will at least take some beating. How a song that goes from such a disorientating drum-beat to such a euphoric, anthemic chorus and back again without losing an inch of pace or emotion is utterly beyond this writer. The song is thematically linked to the album's closer not just because of the repeated final lyric, but also as it too deals with "reported" stories from the past being presented as a "possible truth". This time in the re-telling of the original rock star's final days:

"Elvis outside of Flagstaff
Driving a camper van
Looking for meaning in a cloud mass
Sees the face of Joseph Stalin and is disheartened
Then the wind changed the cloud into his smiling Lord
And he was affected profoundly
But he could never describe the feeling
He passed away on the bathroom floor
She's just trying to reach you."