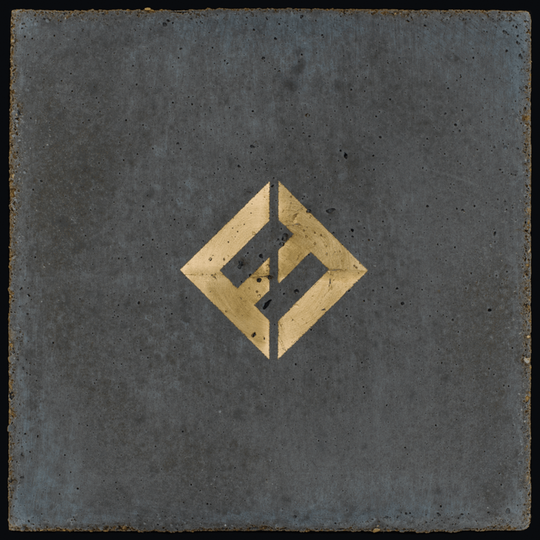 As good as Foo Fighters are at sending themselves up, you do have to wonder how close to the bone some of their very public internal mockery actually cuts.

It was March of last year when, plagued by rumours of an unlikely split, they released a YouTube video that shot down the suggestions in playful fashion whilst also poking fun at the idea that Dave Grohl might embark upon an ego-driven solo career. The thing is, as much as basically every other rock star under the sun would queue up to tell you what a thoroughly lovely bloke Grohl is, there was a potentially uncomfortable truth in that video.

Grohl is in charge, and this is his band. We saw that in the warts-and-all documentary, Back and Forth, that the group released in 2011 to promote their album Wasting Light, when he ushered ex-drummer William Goldsmith out of the back door in a manner less than dignified. We saw it three years ago when their last record, Sonic Highways, came out; it was pretty much an advert for the television series of the same name in which Grohl delved deep into the music scenes in eight major American cities. It’s worth noting that he was very much the face of the programme, but that it was the Foo Fighters who had their name attached to it.

He is Foo Fighters, and he’s a deeply image-conscious individual, and that’s why every one of the group’s records this past decade has had some sort of hook to it, some angle for the label’s publicity arm to work on in its promotion. The thinking behind Echoes, Silence, Patience and Grace, their fabulously-titled 2007 LP that is by a distance their worst full-length, was that they would combine the two sides of their previous double album, In Your Honour, which had one rock disc and one acoustic disc. Grohl mentions, in Back and Forth, that this pioneering idea was floated to him by major label svengali Clive Davis.

Wasting Light, meanwhile, was real, man. The band cut it to tape in Grohl’s garage, which was genuinely admirable, but in terms of public perception, it suffered from the same problem as Echoes… before it. When ‘The Pretender’, a bona fide stadium rock classic, prefaced the record, we could never have known how milquetoast the rest of it would prove to be. Similarly, ‘White Limo’ was the first single out of the gate for Wasting Light, a ferocious, raw punk track that recalled their self-titled debut’s ‘Weenie Beenie’ and came with a riotous video that saw Lemmy driving the band around in the titular vehicle. Sadly, like ‘The Pretender’ before it, the song wrote cheques that the album failed to cash.

Speaking of Motörhead, Grohl’s take on this ninth Foo Fighters album, Concrete and Gold, is that to him it’s a close approximation of what would result if Lemmy had ever had his own go at recreating his beloved Sgt. Pepper’s Lonely Hearts Club Band. That is quite the claim, but Grohl’s nice-guy shtick is such that he always gets a pass on the sort of statements that, from anybody else’s mouth, would sound at best arrogant and at worst delusional. Sonic Highways was all over the place but had that cast-iron geographical excuse; even then, the fact that the lead single involved such a brazen take-off of Dio’s ‘Holy Diver’ spelled trouble early on, and sure enough, we ended up also with a ‘Sweet Home Alabama’ rip-off in the form of ‘What Did I Do?/God as My Witness’ and an identikit lighters-in-the-air moment with closer ‘I Am a River’.

The first misstep here is bringing in Greg Kurstin as producer. He’s as in-demand as any knob-twiddler on the planet and with good reason, but when his recent credits include Halsey’s kaleidoscopically colourful Hopeless Fountain Kingdom and Tegan & Sara’s poppier-than-thou Love You to Death - as well as clutches of tracks on the likes of the last Adele and Ellie Goulding albums - you have to wonder whether his was the first name that would’ve popped into Lemmy’s head when he was ready to go back into the studio.

The result is that Concrete and Gold is much more polished than anything that Motörhead might conceivably have put their collective name to, and when Grohl name-checks them, you can only assume he’s doing so with regard to pace; ‘Run’ and ‘Make It Right’ zip along with plenty of vigour, but both lack bite. On ‘La Dee Da’, which at least lyrically does not involve the Annie Hall references that the title implies, Alison Mosshart of The Kills is wasted in a background role, her vocals echoing Grohl’s anaesthetised screams, whilst listeners will rightly dread the mid-album lull in momentum on ‘Happy Ever After (Zero Hour)’ and ‘Sunday Rain’, both of which trudge.

In the end, it’s the lack of direction that’s fatal for Concrete and Gold; at least the last three records, scored through with problems as they were, had a sense of what was driving them, even if it was something as superficial as Sonic Highways’ city-hopping. Here, the tracks that were clearly written for arena audiences - ‘The Line’, for instance, or the title track - are very much by-the-numbers, and even where there might have been some visceral spark, it’s snuffed out by Kurstin’s clinical sonic treatment. Foo Fighters have long since been in that bracket, alongside the likes of U2 and Coldplay, where they can put together a ferocious enough setlist of hits that any new album is effectively rendered a curio, rather than a necessity. That doesn’t mean that they have to phone it in, though. What a shame that they did so anyway.