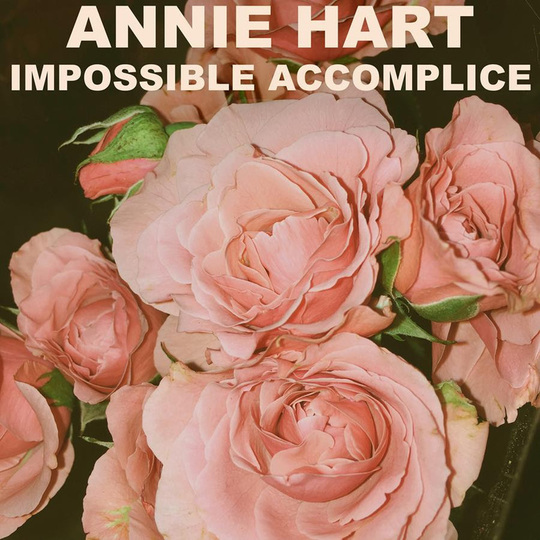 And that’s not to say this is unsophisticated, mind, as Hart’s synth mastery comes as no surprise. The album she has created is one of beautiful, dreamy space coloured with soft, floating riffs, each one delicately placed, carefully so as to look effortless, with a sense of 'of course that sound belongs here'.

The minimalism of Impossible Accomplice suits Hart well, her voice too sounding understated and giving the emotions she’s expressing a muted, unsure feel. As though she’s shy about telling the listener what she wants us to know. That apparent shyness with which she sings such declaratory statements as “I don’t want your love anymore”, “my heart’s been broken” and “don’t give me love cos I deserve more”, that cautious almost-uncertainty, feels hugely relatable in its contradiction - the insecurity that comes with treating your big-deal feelings as a big deal as a woman feels captured perfectly in her pained yet muted vocal delivery.

There are moments, though, where the album’s delicate balance of minimalism isn’t quite achieved and a song will feel like too much of one thing or not enough of another. While penultimate track ‘I’ve Been Seeing You In My Dreams’ holds up perfectly well without any drum beat on its own and would’ve been a perfect closing track, actual closer ‘Would You Answer’ has a far cutesier riff, and in following the penultimate track with another drumless one, the latter totally lacking in atmosphere, this otherwise perfectly engaging album loses its intrigue. Earlier, too, the declaratory chorus of ‘Run To You’ feels a bit much, with no harmonic tension and a lyrical hook with imagery too cliché to seem sincere.

Mostly though, Impossible Accomplice is a perfectly charming piece of work. Hart excels at using the subtleties of relatively simple ideas to create wonderfully vibrant sounds, and this album is full of her doing just that. She paints the sounds she creates with a gorgeous lightness of touch so that the emotions they colour - be they pain, desire, loss or simple joy - feel careful and considered, yet light and airy. The album as a whole, while not enormously captivating, is totally enjoyable.