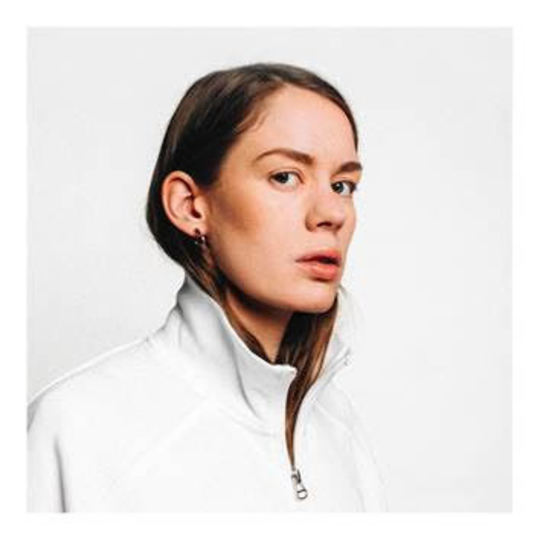 Reminiscing on the countless albums that have been signposted as Eighties nostalgia pieces, it’s striking how few of them actually sound like anything from that decade. Sure, the drums are loaded with gated reverb, the synth modules are preset to soft tones that were subsequently disowned in the Nineties, fade-outs are a thing again, and the saxophone is suddenly an acceptable solo replacement for the electric guitar.

What’s perhaps unsurprising is that all these records represent exactly what they are: a loving pastiche recreated from memories, a tribute rather than a precise facsimile. Anna Lotterud – AKA the vocal half of pop duo Anna of the North – was born in the summer of 1989, a few months before Taylor Swift. On debut album Lovers, she calls back to an era she couldn’t possibly remember, but her nostalgia forms part of a cultural renaissance that now merits its own chapter in pop history.

It’s also another chapter in the re-evaluation of artists who were, for the most part, critically derided in their time. Sade’s career has enjoyed an Indian summer in recent years, garnering Best New Reissue shouts on Pitchfork; nominally cutting edge artists from Perfume Genius to Grimes have reclaimed Mariah Carey; even Celine Dion, that bastion of bad taste, has been offered a few lifelines. It’s worth noting here that Anna of the North’s breakthrough track ‘Sway’ is absent from proceedings on Lovers, though Lotterud claims it was a mutual love of the ‘Because You Loved Me’ chanteuse that united her with Tyler, the Creator for their recent double-collaboration. On this evidence, I could buy it.

Of the ten tracks that make up Lovers, ‘Fire’ is the only one that betrays the hip hop influence she speaks of in interviews. Which is fine, of course: the modern artist is expected to be competent in all musical genres, without necessarily being fluent in any of them. Except it’s clearly not what the duo – Brady Daniell Smith puts together the melodies – have been gathering press interest for. Instead, theirs is a musical amalgamation of what commonly gets passed off as guilty pleasures, spearheaded by the likes of Jessie Ware. Power ballads with just enough tropical house percussion to pass as modern. Regardless, it’s something the band are exceptionally good at.

‘Baby’ is the only familiar track here, the single as simple and haunting as it was last year. The biggest criticism available is that there hasn’t been a single development since then; no chances taken, nothing we didn’t already expect. But equally, nothing on Lovers truly disappoints. ‘Someone’ is perhaps the pick of the lot, the synth melody nicked from ‘Waiting for a Star to Fall’ and then stuffed full of Saturdays = Youth-era M83 drum fills. If that sounds a bit much, there’s a key change after the second chorus. No shit. Title track ‘Lovers’ is irresistible, ripe for an Ibiza-ready remix which, given that The Chainsmokers already had their grubby mitts all over ‘Sway’, is not inconceivable. Elsewhere, ‘Money’ feels like a slightly cheap sequel to Ace of Base’s ‘All That She Wants’: “She just wants your money, honey… just wants one thing from you.” In spite of a raft of clichés, ‘Money’ is probably the most perfect avatar for the album in general, because as much as I want to hate it, there’s a slick bass melody running through its middle section that defies cynicism. They then have the gall to follow it with ‘Always’, another unabashed highlight built on syncopated beats and heartbroken vocals.

The fact is that Lovers is an almost unremarkable debut, except for the fact that it hits every target set for itself with clinical accuracy. If you’re in the market for something harder than Celine Dion but a little softer than Dragonette, you could do a lot worse than Anna of the North’s debut. I can’t believe that’s a compliment, but here we are.