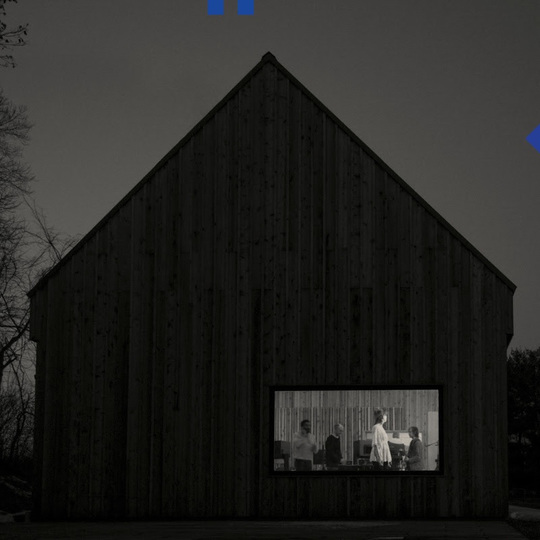 After a four-year hiatus – well spent being creative on an impressive range of side-projects – The National are back. And while, OK, they were never exactly ‘Alright’-era-Supergrass carefree young scamps, the passing of that time and the accumulation of some of the cares of age appear to have permeated their souls and seeped even deeper into their weighty, often emotionally-dense, frequently plangent music.

Matt Berninger’s words are still oblique, allusive rather than straightforwardly anecdotal, but a thread of discontent, of teetering-on-the-edge-of-breakup, runs through the album. “I don’t need you, I don’t need you… It feels like you’re only half-way there” he insists on ‘Day I Die’. “I’m gonna cut this off,” he seems to decide, glum and disillusioned on ‘Walk It Back’. ‘Guilty Party’, meanwhile, sounds like the kind of grown-up, dignified, honest way of accepting a rift that you would expect from these emotionally-literate guys: clear-eyed and unflinching, with the admission of guilt (“I say your name / I say I’m sorry… It’s not your fault”) not quite masking the tone of endless regret in Berninger’s none-more-expressive voice.

The wold-weariness of all these concerns comes through in the many references to sleep with which the album is seeded, from its lack (all the band members are now parents, adding a documentary edge to lines like ‘I’ll Still Destroy You’s “I was up at 5am every morning / Just like a baby”) to a surfeit – when Berninger sings, of a travelling companion, “You’ve been sleeping for miles”, he sounds fidgety, impatient, while he himself is “tapping the table” and “hoping to drink”.

Some of the most arresting imagery to be found here deals, markedly, with family matters – take the beautiful evocation of “your mother’s arms / When she was young and sunburnt in the Eighties”, or the title track’s admission that he “became a father when I was still a son”, or ‘Day I Die’s imprecation: “Let’s just get high enough to see our problems / Let’s just get high enough to see our fathers’ houses”. Perhaps fitting from a band featuring two pairs of brothers and one that has often felt like a slightly-dysfunctional family entity.

But along with the melancholia, there’s also a tangible feeling of uplift, sometimes of sheer euphoria in this music. Those melodic moments where Berninger’s vocals just lift a few tones are one of The National’s greatest pay-offs, always sounding almost miraculous and ridiculously cheering. Highlights here include the “I can’t explain it / Any other way” section of ‘The System Only Dreams In Total Darkness’ and the arpeggio-ed “I’ve been talking ‘bout you to myself…” sequence in ‘Empire Line’, but similar moments of uplift can also be found in ‘I’ll Still Destroy You’, ‘Guilty Party’ and the quite beautiful ‘Carin In The Liquor Store’. There is euphoria, too, in the let-it-all-out blast that is ‘Turtleneck’ – an astonishing, angry, frustrated, emotional track that nods to Nick Cave in its turbulence and leaves you, like the singer, almost breathless by the time it ends.

Sleep Well Beast feels – musically – like one of the band’s richest, most interestingly-textured albums to date. Alongside some bar-room piano (‘Carin…’) and seriously moreish guitar riffs (‘The System…’) is a constant swirl, pulse, shimmer of assorted synths and swooping electronic tones puncturing and breaking through the density of the sound. This is unquestionably one of those albums that merits headphone listening, with so many brilliant little details – musical doodles and squiggles – that emerge over time and with the kind of close listening that it demands.

Is this The National’s greatest moment? Probably not. With a back catalogue that takes in releases like Boxer and 2013’s wonderful Trouble Will Find Me there’s a crowded field of competition. Is it a worthy addition to their canon, though? Absolutely. The things that make this band a real treasure can all still be found here –the slightly beat-up romanticism, the pessimism of the secret optimist, the big, bold beauty of the melodies, the detailed imperfect perfection of the music. There’s still so much here worth hanging on for. As Mat Berninger himself might, indeed, say.