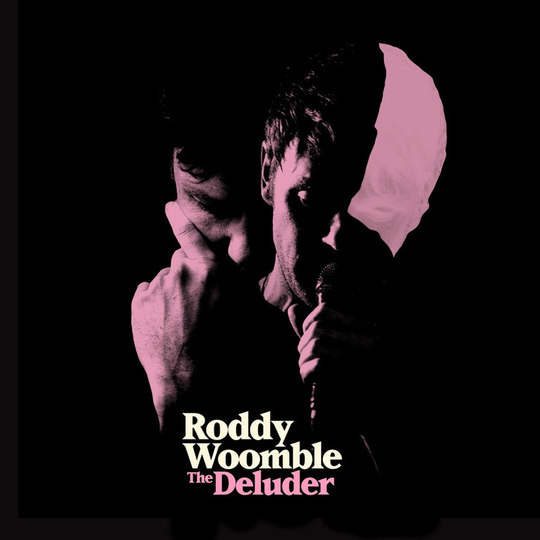 For a lot of people, Roddy Woomble exists in a turn-of-the-century bell jar, horizontal on stage and enveloped in amateur punk noise. But to dwell on that would be reductive, since The Deluder is his fourth solo album, and every Idlewild release since The Remote Part has inched further away from the recklessness of their early years. It’s time to let that go, in a modern way or otherwise.

So it comes as no surprise when ‘Look Back Like You’re Leaving’ ambles into earshot like an old Tom Waits cut, weary and bleary-eyed with piano stabs and a gesture of fuzz. The resignation Woomble mines retains traces of hope as the song rises, nostalgia’s blade cutting through the coda. The mood is set – free of the constraints of a band, or confined by expectation, Woomble sounds lighter than ever.

This is both the most stripped back and full record the singer has released under his own name, and he’s content to indulge his every impulse. ‘Like Caruso’ might forefront Woomble’s penchant for impenetrable lyrics (“the typewriter’s preoccupied / and not persuaded by the lines”), but the music has an easy sway, holding an odd middle ground between bouncy tone poem and piano ballad. It’s the most experimental he’s allowed himself to be in years, and it suits him well. That doesn’t mean he’s forgotten his way with a chorus, though, and when ‘First Love Is Never Returned’ breaks out of its sleepy verse to deliver the best hook on the record, it’s not difficult to root for him.

The same cannot be said of ‘Jupiter’, its angular indie sitting awkwardly among the amiable and instinctive flow of The Deluder. It’s an unnecessary and unwelcome throwback that doesn’t deliver anything Woomble hasn’t bettered at least 30 times over the course of his career. That’s the odd thing about this record – amid its exploratory wandering, it never seeks the heights of his best work, whether solo or with Idlewild. Instead, there’s a quiet confidence at work, operating unburdened by sales figures and made for the love of the craft. Within his catalogue of work, this’ll be the album to which you turn in a moment of insularity, or even a particularly aggressive hangover. It’s a collection unapologetically informed by age – in an earlier incarnation, the lumbering menace of ‘Any Old Kind of World Will Do’ would’ve been forced to explode, but here it’s left to ruminate in its Sartre references and destructive imagery. It teases anger, but draws back at the last minute, as if realising how ineffectual that rage would be. At times, as on ‘A Skull With A Teardrop’ or ‘Remember To Breathe’, it’s a beautifully despondent listen, but also doesn’t forget to loosen up a bit, as demonstrated by the surprisingly lovely ‘On N’a Plus De Temps’.

Woomble has never made a bad album, and The Deluder continues that impressive record. Moving away from the folk styling of his solo output, and further again from his noisy past, Woomble has begun a new journey into the realm of classic songwriter. ‘Jupiter’ aside, this is a thoroughly grown-up, thoughtful collection with the capacity to become cherished.