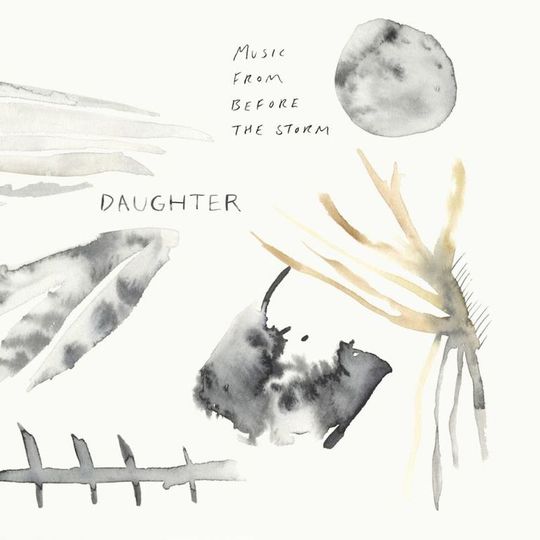 In 2012, The Guardian predicted that bands would increasingly turn towards game soundtracking in the future, with undertakings already on the way then from the likes of The National and even Paul McCartney. While it doesn't feel like there's been a substantial shift yet, Daughter may have cleverly tacked themselves onto the forefront of a new movement. The soundtrack that they've produced for Life Is Strange: Before The Storm – the prequel to the narrative-driven, BAFTA-winning Life Is Strange – not only furthers the franchise in a positive way, but adds an effective moment to Daughter's musical trajectory.

The original game's soundtrack showcased all your cry-wanking-over-your-crush favourites: Jose Gonzalez's 'Crosses' was on there, some Sparklehorse too, and goddamn – Bright Eyes' 'Lua' really headlined the tears-on-my-dick fest. It's only natural, therefore, for Daughter to have followed. The video game format has encouraged the band to elevate and mature their sound, so that their weaker moments have become forgivable, and their whimsy more palatable. Historically, Daughter have demanded feelings from the listener, with songs like 'Youth' which play out with an intention to make the listener cry, much like vibrators are sold to make people cum. However, the world in which Daughter's soundtrack inhabits here, is one which thrives off sentimentality. Rather than going to rot in the folds of a sixth-former's bedsheets, the Life Is Strange world positively reinforces the band's sound.

It seems Daughter works better in a vehicular context than a hermetic one. In other words, the music sounds sweeter now that the fantasy has already been provided for us. It becomes less strenuous, even somnambulist at times, as singer Elena Tonra is swept up in the heaviness and breeze of mood, singing over a fire of guitars and drums: "Hello"…"Hello". While there's certainly a move towards the ambient – where the voice and listener can luxuriate together in a liminal spaciousness - Igor Haefeli's jagged guitar riffs prevent a descent into the uncanny. This poppish, un-avant-garde take on ambient both grounds the listener in their body and removes them from it for a moment. Daughter use every method in the book – reverse delays, soggy reverb, trance-like loops – to create those maudlin here it is: this is your whole life in a montage spells. This is true of the aptly named track 'Departure', which is efficacious in using the combination of borrowed methods. It places you into the intended world and does so by lengthening familiar sounds (like a military drum cadence), which forces you to feel a dumbstruck bewilderment, to the point where beauty takes effect. All is spread out and inhabitable, as a glissandro of synth soars and glides in a stratosphere that the human voice can't quite reach.

The album's best track, 'The Right Way Round', cuts the parachute strings and brings the all-encompassing, far-away sound closer, with its dirty earthiness. There are even some hints of Gish-era bending guitar. Indeed, it sort of sounds like if Daughter were to team up with Billy Cor—sorry, William Patrick Corgan. While this track jars with the overall atmosphere of the album, 'Voices' creates a bridge between the real world and imagined one. It does so by cleverly blending the acoustic and digital together. The analog texture, like the clonking of a glockenspiel, dips into an electric blip and presents itself like a series of sonic bokehs. It's familiar enough that you connect with it, but just strange enough that it sustains the supranormal atmosphere.

But truth be told, there's nothing new on this album, though Daughter aren't exactly an innovative band. They're saccharine porn rendered into easy-listening music. They're the mourning of everything that's gone and everything that's been done. In this context, it's entirely appropriate and lovely. These songs put you into the past, into a younger self who had a bit more imagination. A self that walked around and felt itself at the centre of the universe. And that's what a game should do – it puts you at the centre, it gives you the aspect we had as children. When you'd be excited to wake up in the morning, as the unpredictability of the day unfolded before you like an immense playground. That's where Daughter's latest album puts you.