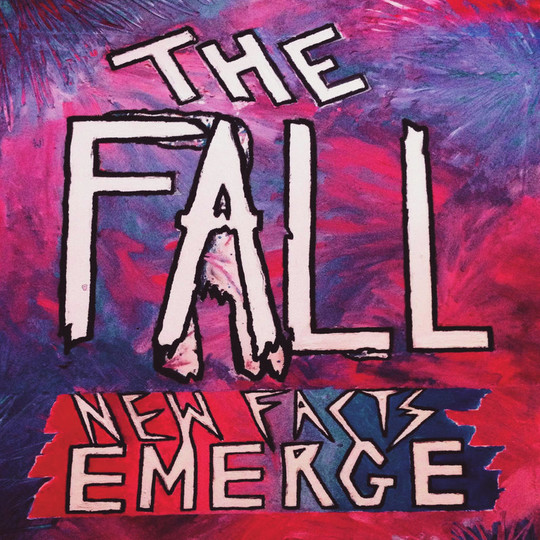 Oceans rise and fall, empires collapse, child stars boom, grow up, fuck up and fade away, governments change, gods are forgotten and stars burn up and die. And then there’s The Fall. Not just a band - sorry - group, not just an institution, but an idea. An uncompromising, belligerent, hideous, beautiful idea; where noise pollution and bloody mindedness hover on the edge of art.

New Facts Emerge is the thirty-second Fall album and regardless of who is playing behind him, who is releasing his records and who he’s married to, frontman Mark E Smith carries that idea forward and concentrates it down. In fact, as he’s moved further and further away from the relatively accessible pop he has occasionally threatened since the Eighties, the idea of what The Fall are, and what The Fall are for has crystallised. The band no longer exist as the cracked mirror of the Eighties and Nineties, who warped the sound of the times into strange and unpalatable shapes, from post punk to art pop to baggy. Over the last decade Smith has calcified The Fall. A relatively fixed line up (though keyboard player and Smith’s ex-wife Elena Poulou has exited after more than ten years in active service) has allowed the group to double down and cement themselves. Arguably the 2017 Fall is the purest version of the band there has ever been. This, you imagine, is what the inside of Smiths fogged head sounds like.

Which is possibly why New Facts Emerge is one of the best things Smith has put his name too in a decade, the most complete and satisfyingly bonkers Fall album since 2008’s Imperial Wax Solvent. Here Smith finally lets go of the idea of singing at all. You’re sure there are fine words here, but more than ever MES is really not bothered if you can make them out or not. His voice has dropped into a guttural, tarry growl, 100% menace and 0% melody. It’s driven forward by some of the toughest riffs in the bands canon.

‘Fol De Rol’ is incredible, a circular, heavy-as-fuck groove that occasionally falls apart in a violent mess before reforming and relentlessly coming after you again. It is very much the T-1000 of art-rock songs. ‘Couples Vs Jobless Mid 30’s’ is bass-led gonzoid metal, all grinding tension and slow release as Smith gurgles about “green jelly”, while closer ‘Nine Out of Ten’ is totally deconstructed anti-pop, stripping down to one oddly sad, reverby guitar while Smith reviews himself at various stages of his life (“I was an awful baby… they gave me one out of ten”). It closes with six minutes of that one, lonely guitar circling the chord progression. It’s great.

Elsewhere the inevitable dip into MES’s beloved rockabilly shows up as the spiky shuffle of ‘Groundsboy’ and, less successfully as the countryish ‘Second House Now’ which wobbles worryingly close to pastiche. There’s even a bit of toughened indie-pop in ‘Gibbus Gibson’, a catchy little bopper that briefly threatens a Morrissey/Marr style accessibility… until a discordant keyboard and a dip back into a slurred rasp happily ruin the magic.