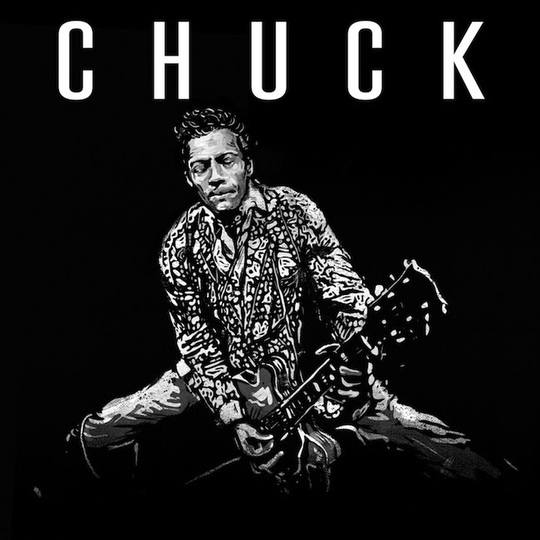 If there’s comfort to be found in Chuck Berry’s final album, it’s that he died being unmistakably, absolutely Chuck fucking Berry. He didn’t pander, he didn’t change, he didn’t drop an unexpected EDM banger or a Cash-esque introspective musing on his final years. He was Chuck fucking Berry, and Chuck fucking Berry plays R&B from the dawn of time. Unchangeable as the wind. You’d want it no other way.

Chuck is Berry’s first album since 1979’s Rock It and was recorded in the final years before his death in 2017. It’s an extremely sprightly record for a man pushing 90, and though there’s no way he can recapture the era-defining energy of his classics - cuts so pervasive their DNA is present in every rock song for the last 60 years - there’s a lot of the spirit of that era here. The 90-year-old Chuck Berry isn’t so different from his 30-year-old self; the same blues root, the same acute observations, the same swing and (often literally) the same riffs.

Despite the many guests trading licks across the album’s 35 minutes, including two other Chuck Berrys (Berry Junior and Berry III) the old man’s playing remains remarkably distinctive. He’s probably the most imitated guitarist of all time, yet it’s still obvious when he takes a solo. Berry plays guitar like a man with a pickaxe plays a quarry wall. He hits hard, and he drills out diamonds. No-one else has ever swung with such melodic blunt force, a reminder why guitars are often compared to axes: they can change the landscape.

It’s to his credit that Berry stays in the well-worn groove of his own lane. It’s a lane, after all, he pretty much dug himself. Sometimes he teeters on self-parody, specifically on ‘Jamaica Moon’ a sequel to his own ‘Havana Moon’ in which his affected Caribbean accent raises the odd unfortunate smirk (“Me walking alone, me bring jug of rum/ Me sit down on the seashore till dee boat she come”), but even at his most Berry-by-numbers his observational knack and economic writing is still sharp. ‘Lady B. Goode’, a sequel to the legendary ‘Johnny B…’ (the fourth he’s written), is an exercise in the rock n’ roll elegance that plugged him directly into a generation: “It was down in Louisiana, right there in New Orleans/ Back there in the '60s was a little teen queen/ Fell then the lassie in love with a lad/ Till it took him to vindicate the feelings she had”. That he’s re-written ‘Sk8er Boi’ as a twelve-bar-blues is neither here nor there. Few other than Berry, sneaking sauce onto the radio since 1955, can hide sex in “vindication”.

Berry always believed he had something else he could add to his legend. That he could pull it out the bag again if he wanted to. Chuck, an album recorded with all the practice and easy charm of an artist who kept gigging for the better part of a century, vindicates that idea just as old Johnny B. vindicated that Louisiana teen queen. He wasn’t trying to change the world, once was enough thanks, but from the groove and swing of the bluesy ‘You Go To My Head’, to the gravelly storytelling of ‘The Dutchman’ to the balls-out R&B of ‘Big Boys’, Chuck Berry was really fucking good at being Chuck Berry. It’s all we ever wanted him to be.