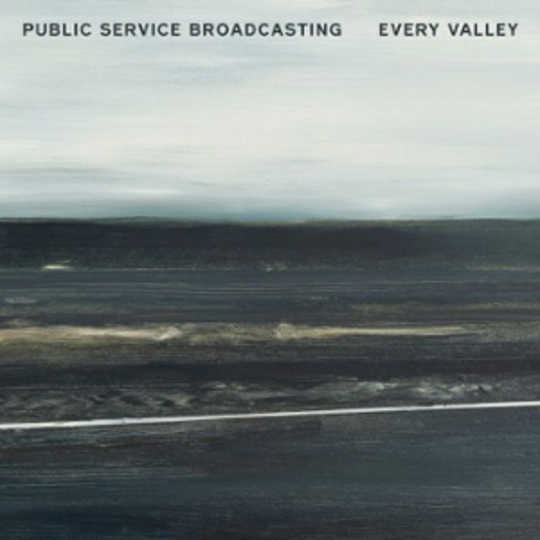 Ebbw Vale was one of many industrial towns at the heart of the South Wales valleys decimated by the purposeful and, in retrospect, almost unimaginable demolition of the coal industry during the 1980s. A village that thrived as work and community empowered generation after generation, the people of Ebbw Vale saw their livelihoods and future snatched from them as the lives they knew came to an abrupt end; a defined and consistent future replaced by uncertainty and poverty.

Public Service Broadcasting’s third album Every Valley takes Ebbw Vale as a microcosm; a case study that typifies and displays the consequences of the death of mining; it stretches that example out as a transparent telescopic layer through which it perhaps becomes easier to understand the results of inhumane policy when forced on working class people from a much broader range of geographical locations. Despite having recorded and premiered the album in Ebbw Vale itself, the album does indeed speak to broader subjects.

“Politics is life and everything to do with it affects you directly or indirectly” states an archival female voice on ‘They Gave Me A Lamp’, a music box swirl featuring Haiku Salut, which focuses on the importance of the role of women in communities like this - often something only truly highlighted or acknowledged when those communities begin to break down. An offer of empowerment comes at the song’s close with the direct, clear sample “I have never given in…and I’m very proud of it” speaks one woman against the backdrop of wailing, intense sound.

Songs like this lie at the heart of a record that would appear to be, quite frankly, bleak as fuck. Yet while our journey begins (yes, it’s a concept album so what would we expect?) with songs like ‘Every Valley’ with J Willgoose Esq. sampling the sonorous, rolling words of Richard Burton as he describes the status of miners in Wales (“They were the kings of the underworld” he intones); drenched in cruel irony and warped guitar wreckage; or the crazed, almost comical ‘People Will Always Need Coal’ which opens with an unbelievable sample from a ‘70s TV ad designed to attract miners and offers platitudes like “Young men are finding…a secure future in Welsh coal today” there is some light shining here.

Lead single ‘Progress’ which offers a sweet rush of tender pop from Camera Obscura vocalist Tracyanne Campbell, is anthemic while maintaining intellect and clever craft. A transcendent tune augmented by the clipped snatches of speech further impressing upon the listener the idea of a future for seemingly doomed communities. It at least offers melodic hope among the tragedy.

Later we receive the unbridled fury of ‘All Out’ - an indication that the strikes have begun, the present and future becoming more perilous by the day. Furious crowd sounds are set against shredding, swaggering guitar noise - “We’re not gonna take any more”. It’s moving, enraging and somehow liberating in the hands of Willgoose and Wrigglesworth. “I was brought up to respect police…I don’t respect them now” one voice offers before giving way to a crashing wave of furious guitar.

The record’s gentle centre sees Welsh language vocalist Lisa Jen Brown of 9Bach deliver a glorious, dreaming duet with Willgoose himself on ‘You Me’ - the first time his voice has appeared on record; it’s a tremulous attempt, unsure but tender and ripe with genuine feeling. The song is a respite, a delight.

Towards the close of the tale we are thrust into the climactic, pure desperation of ‘Mother of the Village’. “We all thought we would be there for the rest of our lives. But of course it didn’t turn out like that”; “Nothing will ever replace it”; “You understand what they mean by the death of a village”.

The album closes gorgeously with the Beaufort Male Choir performing mining song ‘Take Me Home’ in a way that moves and prickles the skin, a hand placed on the heart, evoking “hiraeth” to an almost impossible degree. “Take me home, let me sing again” - the unified voices soar, another element of hope against the oppression and depression.

Every Valley is certainly an important and timely record, but happily it's also an extremely satisfying and moving one. While it may not have the obvious scope of their breakthrough record The Race for Space it has something important to tell us about the times we live in and the hard, heartbreaking lessons we should all be learning from the past.