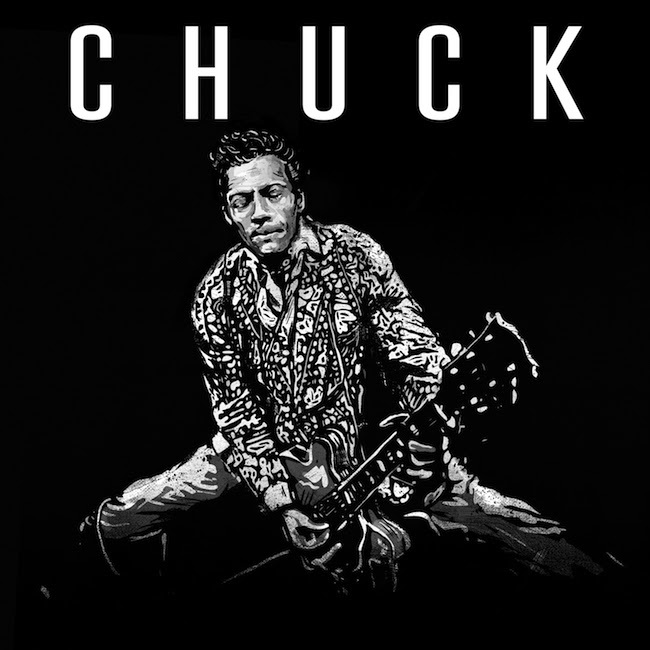 Chuck Berry was really fucking good at being Chuck Berry. It’s all we ever wanted him to be»

Decca Records release Chuck, the final album and first new recordings in nearly four decades by founding rock and roll legend Chuck Berry, who passed away in March at the age of 90, on 16th June. Comprised of ten new recordings, eight of which were written by Berry, Chuck is his first new album since 1979’s Rock It. It was recorded and produced by Berry in various studios around St. Louis and features his longtime hometown backing group - including his children Charles Berry Jr. (guitar) and Ingrid Berry (harmonica, vocals), plus Jimmy Marsala (Berry’s bassist for forty years), Robert Lohr (piano), and Keith Robinson (drums) - which supported him for nearly two decades on over two hundred residency shows at the famed Blueberry Hill club. The album also includes guest performances from Gary Clark Jr., Tom Morello, Nathaniel Rateliff and Chuck’s grandson Charles Berry III. Acclaimed author and historian Douglas Brinkley contributes liner notes. Some of the songs on Chuck were originally conceived as far back as the 1980s, with Berry developing them in his home studio in St. Louis over many years during down time between tours. He worked on the album through 2014. When health concerns forced him to stop touring and recording in 2015, Berry continued to oversee production and planning for Chuck, enlisting his family and close friend Joe Edwards, the owner of Blueberry Hill, to fulfill his wishes that the album be completed and released. And from album highlight Lady B. Goode, a spiritual sequel to the iconic Johnny B. Goode featuring ripping solos from three generations of Berry guitarists, to the poignant country balladry of Darlin,’ a duet with his daughter Ingrid, Chuck truly is a family affair.
description from www.roughtrade.com