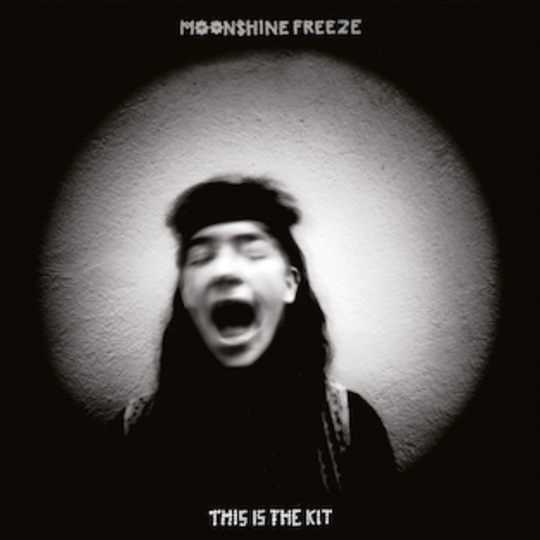 “To be patient and awake / There are things to learn here, Kate”, sings Kate Stables on Moonshine Freeze’s opening track. ‘Bullet Proof’ opens the fourth album from indie folk outfit This is the Kit, as Stables’ rich vocals glide over a charming picked guitar melody. The Paris-based musician seems to be giving herself a pep talk as she sings this luscious tune to herself. “Prove to me you can feel anything”, she later says. Listeners of Moonshine Freeze will, over the course of the record’s 42 minutes, be enchanted by the delight, irksome horror, and mischievousness of Stables’ music. Whether Stables allows herself to feel these things is a different thing entirely.

This often odd and disjointed feel – both in lyrical content and in the variety of instruments that feature – is beguiling. “Everything we broke today / Needing breaking anyway”, Stables quips, summing up the record’s ability to break down its songs into their components at just the right moment, before the pace picks up once again.

These arrangements could very easily sound clumsy, almost fussy. But they are pulled off with an ease which resounds in simple aural delight. Counter melodies on the flute, violin and viola glisten just beneath the surface on every other track – not enough for it to become commonplace, but enough to exist in consistency. ‘Two Pence Piece’ sways with a haunting saxophone line which flirts with transforming the song into a full jazz number. Next will come the haunting ballad of ‘Show Me So’. Each song flits between mood and countenance just enough to show off the inquisitive nature of Stables’ songwriting, but without diluting any overall sentiment.

As ‘Hotter Colder’ proves – it will stop at a halt just as it nears three minutes, before blasting back to life with another saxophone solo, bustling percussion and a gorgeously incessant “do do doo” riff – this record is the sound of a lot of musicians having fun together.

These musicians are Stables and her four-piece band, Rozi Plain, Jamie Whitby-Coles, Neil Smith and Jesse D Vernon, along with The National’s Aaron Dessner, who joins proceedings on six of the 11 tracks, after working with Stables on the previous This is the Kit record, Bashed Out. Half of the fun of the array of wind, string and percussion instruments used on Moonshine Freeze is this feeling of unadulterated playfulness. While such an assortment of instruments requires a band full of equipped musicians, these professionals make it sound like free and inquisitive experimentation.

The name Moonshine Freeze, comes from a clapping song taught to Stables and her daughter by a friend. This interest in child’s play and story-telling has evolved into an interest in the folkloric, but here it is mixed with both the innocence of childhood and the eeriness of oracles. On ‘All Written Out in Numbers’, Stables sings “Probability wise, one of has to die / By my reckoning, that’ll work out fine”, at once eery and delightfully resolute. Even ‘Two Pence Piece’ describes the taste of blood in Stables’ mouth, rather than the counting of any monetary value.

These songs sound straightforward because they are easy to devour, with melodies always at the forefront of the arrangements. The startling factor here – one all too often overlooked or taken for granted in ‘indie’ music more generally – is Stables’ voice. Its warmth is remarkable. Stables’ control and technical capacity sound effortless, yet she takes desperate care in the words she sings.

Where she had to address herself at the beginning of the record, midway through, Stables becomes very sure of what she’s doing. On ‘Riddled with Ticks’ she sings “I know what is truth” over and over and again. The repeated melody becomes “I will fight you” and then “We will fight you”, as the sensibility and strength of this music becomes even more resounding, without a need for an increase in volume or tempo. After three previous albums, Moonshine Freeze is finally the sound of a storyteller of a musician finding her niche. And it is a joy to behold.