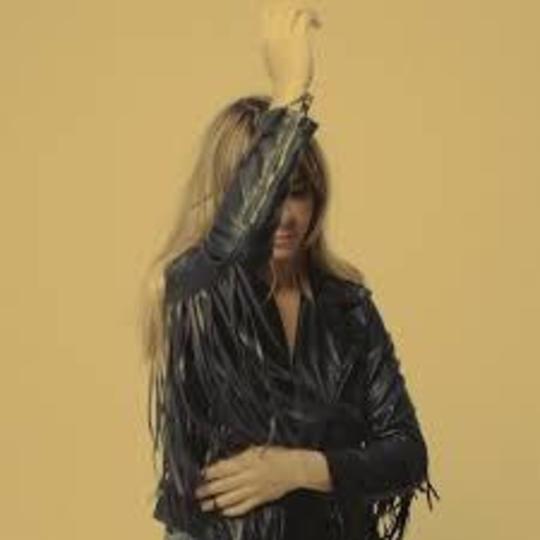 On paper, Gothic Tropic looks like a shoo in for your new favourite act - smart, impossibly cool woman with diverse, impeccable influences promising to deliver pop genius. Good influences do not a good artist make though, and unfortunately Fast or Feast doesn’t quite hit the mark.

The main problem, given that this is pop, is that it’s simply not catchy enough. It’s pleasant and often has fun-potential that, with hooks just a little bit hookier, could be actualised as brilliance. Opening track ‘Stronger’ comes closest to this, with an obviously strong sense of building up and holding back at the right moments, but the chorus just isn’t sing-along-able enough. And this sense of almost-catchiness permeates the album, even seems a defining characteristic. On paper, the choruses of ‘How Life Works’ and ‘Don’t Give Me Up’ look like they should be pop genius, instant hits. Yet in reality, they lack something essential - possibly precisely because of this sense of self-consciousness, of being a loaded cannon aimed at the music press.

Contributing too to this nearest of misses are lyrics that just sound like... nonsense. While no pop critic worth their salt would be caught dead claiming that all pop lyrics must always make sense, they should really avoid constantly begging the question 'what are you on about?'. The chorus of Stronger - “In the light of the dark, you can always count on me / You’ve been dating fossils (I’m stronger)” - doesn’t just not make sense, it makes that sort of jarring anti-sense, and the lyric the same song fades out on, about not “playing your little PC game” bears zero relevance to the rest of it. Meanwhile, closing tracks ‘Cry Like a Man’ and ‘Feed You to the Sharks’ both come across as attempts capitalise on indie pop’s adoration for gender-smart music and sensual(ly) dangerous women respectively, both transparent and cynical and thus fairly devoid of likability. In fact, Fast or Feast’s relationship to likability is curious in that it seems to lack it in spite of itself - it’s one of those things you might reasonably catch yourself trying to like, but without ever quite managing to. (It thus lacks 'likability' in a way precisely opposite to how the largely by-men-for-men music press tends to describe work by women who’ve committed some crime against masculinity: the act seems great, smart, cool, the music’s just missing some key quality that would make it great).

Fast or Feast, then, isn’t a terrible album, but it feels frustrating to listen to because its defining characteristic is its unfulfilled potential. So while this debut has left me cold, I look forward with a sense of intrigue and hope to the follow-up.