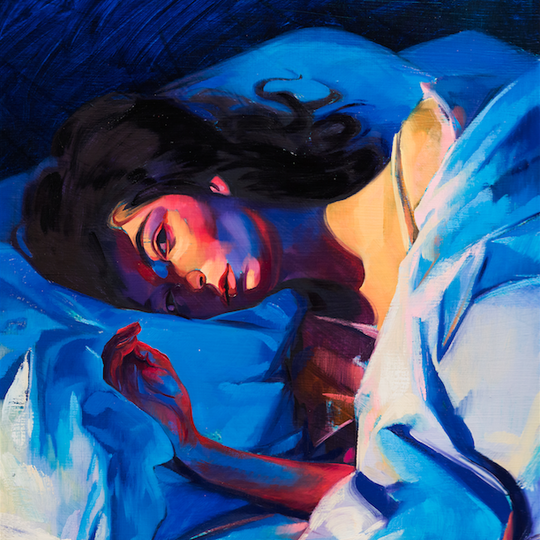 Lorde’s debut record remains a startling listen. It’s so self-assured in its minimalism, so supremely confident in its icy takedowns of superficial obsessions, and so carefully crafted and well-executed for somebody on their first try. That the album was conceived and recorded in far-off New Zealand only seemed to accentuate the sense that Lorde was some kind of pop alien, laughing sardonically at the excesses, both personally and musically, of the Western chart-botherers we’d all grown used to. That she was just 16 when Pure Heroine was released further augmented her air of other-worldliness.

That’s partly because it was an album of towering technical achievement, a remarkably singular vision carried off with absolute conviction. Everything about Lorde – Ella Yelich-O’Connor when she’s at home – seemed littered with idiosyncrasies, from the peculiar interpolation of hip hop sensibilities into Pure Heroine to her endearingly awkward stage presence, her limbs jerking and her face flickering between scowls and nervous smiles. Plus, on the face of it at least, Pure Heroine was scored through with cool, detached cynicism, and you wondered quite how somebody so young could not only harbour those feelings but possess the emotional currency to articulate them this effectively.

Actually, scratching beneath the surface of the record’s chilly exterior revealed a hell of a lot of heart, some fragility and – most importantly – real honesty. Lorde presumably had that in mind when she started work on her second LP, especially given that the irony of her trajectory since has been lost on precisely nobody. She made this album in New York, not Auckland, with Jack Antonoff, who’s highest claim to pop fame so far would be his work behind the production desk on Taylor Swift’s 1989. Swift herself is now a close friend, despite being the living embodiment of everything Lorde railed against on her biggest hit, ‘Royals’.

Plus, she broke up with her long-term boyfriend over the course of a period (her late teens) that’s emotionally tumultuous for anybody at the best of times. You begin to realise that in order to uphold the candour that eventually defined Pure Heroine, she wouldn’t be able to directly replicate its sound; this collection of songs was going to need to feel altogether less cocksure. Granted, Lorde’s tongue was evidently very much in cheek when she settled on Melodrama for its title, but it’s definitely an altogether more turbulent affair than her debut, both sonically and thematically.

The key throughlines are heartbreak and hedonism, and each listen increasingly reveals the pair to be inextricably linked. By the end of track two, Melodrama already feels much more unsettled than its predecessor. Opener ‘Green Light’ is a boisterous ode to the glimmer at the end of the tunnel in the wake of a failed relationship, with clanging piano house lines leading into an exuberant chorus. When ‘Sober’ follows, though, Lorde is struggling to switch her brain off even when under the influence, with confusion reigning as she runs the gamut of millennial paranoia, from possessiveness and jealousy to fear-of-missing-out.

The sound of the record continually speaks to Lorde’s wandering frame of mind, although that’s not to say that she’s shed her old skin entirely. At its essence, Melodrama actually operates very similarly to Pure Heroine in that the important touches are the weird little flourishes; the abrasive splutters of brass on ‘Sober’, the way that ‘The Louvre’ has a sort of ambient dub rolling away quietly in the background throughout, and the jolting shift on ‘Writer in the Dark’ from her usual semi-growl of a delivery to a much more high-pitched warble that is one of a handful of moments on this album to recall Kate Bush, a figure Lorde resembles more and more all the time in terms of sheer precociousness.

As far removed as so many of the ideas on Melodrama can feel from Pure Heroine, and as much as it clearly doesn’t adhere to a minimalist structure in the same way that her first LP did, the way that the songs are structured is again similar; where album number one was defined by the bare-bones purity of its composition, the follow-up places just as much importance in the dead space, in the empty moments, as it does in the eccentricity of the instrumentation, or the eclectic nature of the songs stylistically. What Lorde and Antonoff have done in that respect is fascinating, and it was interesting to note that pop’s master craftsman, Max Martin, apparently told her that the unusual structure of ‘Green Light’ was tantamount to 'incorrect songwriting'. If he also feels that he can apply that line of thinking to the entirety of Melodrama – not unreasonable, given that ‘Green Light’ is one of the more straightforward moments on it – then perhaps he’s yesterday’s man.

There’s a moment towards the end of ‘Homemade Dynamite’ where everything else falls away and she vocalises an explosion, and for a second, the song just hangs there. It’s electrifying. ‘Hard Times/Loveless’, meanwhile, swings exhilaratingly between parts where all we hear are those same finger snaps from ‘Royals’ and passages of screeching industrial noise. By that track, which is only at the album’s halfway point, there’s already the overwhelming sense that the only fixture from song to song is going to be Lorde’s voice, and we don’t even know what form that’ll take - her vocal approach is constantly playful.

Melodrama is one of those records that makes a point of capturing both the giddy highs and the excruciating lows of the final stage of the transition into adulthood, and by the time it closes with ‘Perfect Places’, we find Lorde somewhere in between. She’s reflecting on that dichotomy herself, with a clarity of vision that was lacking earlier on ‘Sober’ or ‘Homemade Dynamite’ and that she ties back into the bigger picture, with references to nightmarish news cycles and the loss of heroes like her champion, David Bowie.

She’s gently chastising herself for falling into a self-destructive cycle as she navigated her final teenage years: “it’s just another graceless night”. In truth, there’s nothing genuinely graceless about Melodrama, or the way that Lorde carries herself. She is intensely self-aware and, accordingly, is able to take all the inelegancies of youth – the stumbles out of nightclub doors, the clothes strewn across the bedroom floor, how apocalyptic that first heartbreak feels – and turn them into something exquisite.