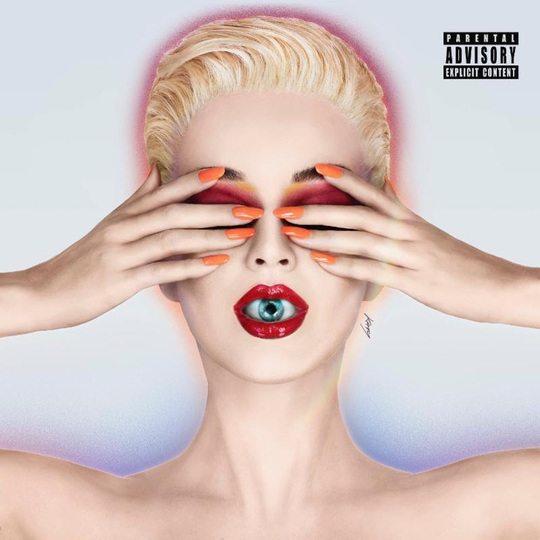 A few years ago, there was a real glut of those thinkpieces about how the album was on the way out - ‘is this the death of the album?!’ they’d scream, citing everything from streaming figures to dwindling audiences at live shows. I’d always said, literally to anyone who’d listen, that the album wasn’t dying, it’s just that a lot of people were getting them wrong- fattening up glorified EPs with endless filler, boosting runtimes to the hour mark and sticking any old shit to pad them out. Guys, literally no-one wants another 16-track, 67-minute album: pop, rock, dance, indie or otherwise.

Major record labels aren’t necessarily concerned with critical acclaim though (and never have been, really), just as long as that investment returns to them at some point, hence their willingness to try every avenue to get those dollars rolling in. A few years before that, it was all 360 deals and revenue from humongous live shows and merchandise, but when streaming, Spotify and YouTube all rolled round, that was seen as an easy way to make their advance back.

Anyway, a few years on, and it seems that the streaming issue is only really making ‘long album syndrome’ worse: one look at Drake’s mammoth Views record from last year, which clumsily threw on Hotline Bling at the end of the 80 minute thing, just to boost its streaming figures and ensuring a straight no.1 on release day, will tell you why pop albums aren’t exactly an exercise in artistic expression these days. It’s a shame really, because I like Katy Perry – I think she’s a great pop star, and has real talent – but on stuff like Witness, all that gets lost in a futile race to please everyone all the time. It comes across like an album pieced together by committee, focus grouped to ensure that all bases are relatively well covered.

So, here we are, after all that. A new Katy Perry record, a 57-minute, 15-track album which boasts an extraordinary amount of co-writes and guest producers, taking in everything from smoky neon electro pop, to cod reggae, to strings-and-piano balladeering. Following on from her last album, the patchy but largely enjoyable Prism, this behemoth of industry thinking seems a long way away from the massively enjoyable, almost-pop-punk debut One Of The Boys back in 2008.

Witness actually starts out impeccably well, aided by the production from Swedish dream team Max Martin and his colleague Shellback, otherwise known as former black metal musician Karl Johan Schuster. The title track and ‘Hey Hey Hey’, the first of the Sia co-writes, set up the album as a taut, compact pop record, with some brilliantly brooding atmosphere, but sadly after this, the cracks start to show: the sloppy, go-nowhere ’Roulette’ and the Duke Dumont-produced ’Swish Swish’ kinda sag the record down, and you start to lose the idea of what this album actually is and who it’s aimed at. Indeed, ’Swish Swish’ is largely just a deep house (this year’s genre du jour) track with Katy Perry singing a topline, which isn’t a bad thing, but there’s the nagging feeling that these guest producers are just offering up tunes they’ve had on their hard drives for Perry’s team to compartmentalise and see what demographics they represent. Again, the Jack Garratt produced ‘Power’, is literally just a Jack Garratt song under any other name, and there’s three (yes THREE) Purity Ring (!) productions on here, the best of which, ‘Bigger Than Me’, is their only really memorable moment, and it’s not even that good.

That said, when she gets it right, it’s great - the other Sia-penned track here, ’Chained To the Rhythm’, is easily one of the best things she’s done, and the electro bounce of ‘Bon Appetit’ helps lift an otherwise downbeat last third of the record. Elsewhere, the zippy electro bassline of Mike Will Made It-produced ’Tsunami’ is good, but kinda forgettable, and by the time you get to the haunting Hot Chip co-write ‘Into Me You See’, your heart strings have been yanked on, and buttons pressed so much that any emotional power it did have has been diminished by the sheer volume of faux-epic/ sad-sappy songs that clutter up the latter half of the album.

It’s a real shame ‘Witness’ has come out as a bit of a disjointed mess, as there’s a decent record somewhere in there, but it gets lost in the fog of endless guest productions and co-writes that miss the point entirely - they all feel like respective solo tracks with ‘feat. Katy Perry’ jammed on the end, and they’d all probably work out much better like that come to think of it. It’s not a million miles away from Ariana Grande’s Dangerous Woman - enjoyable but patchy, and weighed down by endless filler, but even that ended up gelling together, even if the songs weren’t always there - Witness literally feels like just a bunch of songs thrown together in the hopes that different groups of people will all stream certain songs on Spotify playlists. I mean, I get it, I understand why that’s happened, but it’s still kinda disappointing.

Admittedly, I’m not exactly Katy Perry’s target market, but stuff like Emotion by Carly Rae Jepsen or Melodrama by Lorde shows that you can walk that line between pure pop and indie cred (two things Perry does actually have), and at the same time make something enjoyable and artistic - it can be done, but you have to understand what an album actually is, and realise why the fuck you’re making one before you do, which is a fact sadly lost on Witness.