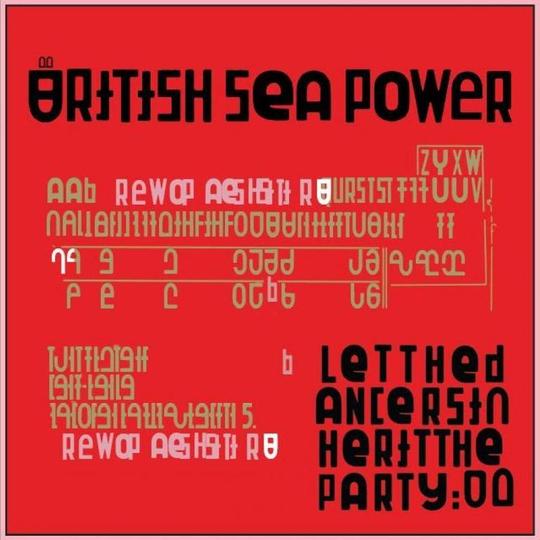 The term 'cult' is chucked about an awful lot by journalists these days. Apparently, every musician with a large enough following to sell out medium sized venues is the leader of some wacky, offbeat cult. This labelling obsession has spread far and wide, with writers now calling street food 'cult eating', mindfulness 'cult breathing' and power naps 'cult sleeping'. It’s gone too far.

British Sea Power are a rare case. A group of gangly lads and lasses from the Lake District who can be confidently, and rightly, be labelled a cult group. From their weird, old England eccentricities to the huge duelling bears that appear on stage every now and then everything they do screams cult. Heck their fans have even been known to bring shrubbery to their gigs in some sort of weird offering to the gods of nature. Or something…

Despite all of this, on record the group have always been surprisingly accessible. From their debut The Decline Of… all the way through to 2015’s Sea Of Brass they have maintained a sound much larger and anthemic than a group so surreal have any right to harness. Their sixth studio album, Let the Dancers Inherit the Party, continues this trend to great success. By now we all know what to expect from BSP: whispered vocals, atmospheric soundscapes and ear worm choruses. However, the real question is whether this new record is an instant hit a la Do You Like Rock Music? or just a wee bit disappointing like their 'breakthrough' record Open Season.

The early signs are good. Very good. First single 'Bad Bohemian' sounds like British Sea Power doing an impression of early Noughties New Order. While this might not sound like the most appealing thing in the world you’re just going to have to trust me that it’s bloody ace. In fact, it might actually be one of the group's best singles to date. It demands the question be asked why the group aren’t headlining festivals ahead of some of the summers more questionable top spot bookings.

'What You’re Doing' slows things down with some shimmering guitars and cuddly vocals that throw up images of lost childhoods climbing trees and skimming stones. The track would be absolutely ideal for that trendy sort of coming of age film set in a dead end town. The type of film where everything’s in soft focus and the loser finds love in the end. I do like films like that. They make you feel dead warm inside, what with all their contrived romance and self-pitying narrative arcs.

Jan Wilkinson’s raspy voice are always a treat, but his vocal efforts on this album take his half whispered purrs to the next level. 'Electric Kittens' and 'Praise for Whatever' are soothing, distressing and other-worldly in equal measures. There’s something both comforting about the guitar tones that makes you almost doubt their beauty. It’s as if there is something dark lurking deep within, lurking in the background, never quite revealing itself.

I just hope that when they do they’ll still let me into their gang. Maybe I’ll bring them some branches. That’ll sweeten the deal.