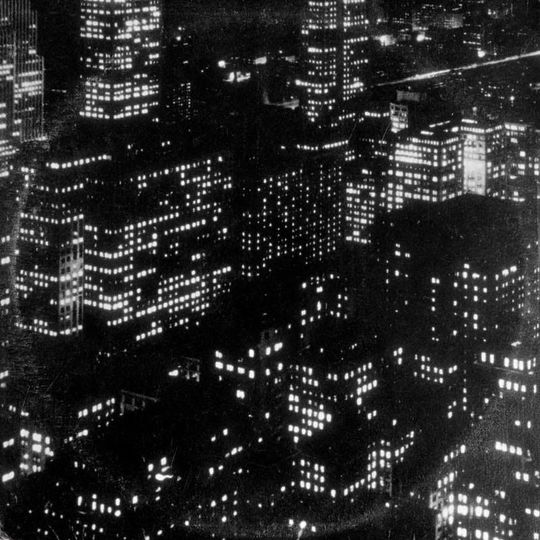 Montreal, Canada quartet Timber Timbre have quietly been perfecting their craft for over a decade now. The Quebecois band have always been notoriously difficult to pin down, often categorised as 'something between blues and folk', but they have always been startlingly original and perhaps more importantly, cinematic. This has been displayed from their soundtrack work over the years, featuring on Breaking Bad and The Good Wife, plus having a couple Polaris Prize nominations to boot, but they've never quite cracked it outside of their native Canada.

Whether their sixth album Sincerely, Future Pollution is the answer to that query remains to be seen, but there is no doubting the cool confidence that oozes out of Timber Timbre's sound at this stage. Sincerely… is an odd record in that it feels like a relic from a previous era, using 80s synths and drum machines, early Nine Inch Nails-esque industrialism on the album's title track and almost Lynchian song structures and references, but its message is very much pertinent to 2017: "The sewers overflowed, while everyone was on Instagram".

Despite its misleadingly pastiche sound, Sincerely… is an angry album. It may in parts seem like a novelty in its use of lounge jazz stylings ('Floating Cathedral') but lead vocalist Taylor Kirk's poetic, mostly spoken-word delivery is seething at how our generation could let our societal decay happen. It's fascinating how quickly North Americans have responded to the USA's populist lurch to the right - Father John Misty's new album Pure Comedy promises much of the same - as if there were a few musicians and artists who saw this coming a mile off. Back in the day, we used to use punk music as an outlet to defy these societal diminishes, but punk no longer has quite the same force it once had in a wider public perspective.

So instead, rather fittingly, we have a post-modern take on a genre and style made famous during one of America's most notoriously conservative era, Reagan's 80s. The gorgeously sultry 'Western Questions' perfectly encapsulates this rage-masked-as-tribute, as Kirk questions how a hideous campaign could quite take place in Western society in this day and age willing for the "slime to come in".

Not everything on Sincerely… is quite as overtly angry as that song, but the whole album soaks in a seedy, dark undertow in its revisionary synths and cinematic scope. Opener 'Velvet Gloves & Spit' for instance is a beautifully affecting track, but as its title suggests, the beauty of a pair of Velvet Gloves next to the image of spit suggests not everything is right in the world being sonically created here.

In general, Sincerely… feels distinctly familiar, but it is an uncomfortable familiarity, a warning that there is a darkness is harking back to the past (thematically, at any rate). Not everything quite works; as fun as the misleadingly upbeat 'Grifting' is, it's a bit too close to David Bowie's 'Fame' to really go unnoticed. That said, it doesn't feel out of place on this album's sinister use of keys and grooves which drift over the course of its 40-minute runtime, and besides, if Kirk is going to aspire to anyone in his performance, Bowie is a pretty high benchmark to press up from.

Musically, Sincerely… is full of interesting little flourishes and unexpected turns that, as aforementioned, reminds one of a David Lynch film. Drummer Olivier Fairfield intentionally underplays his hand, sneaking in funky embellishments here and there without ever overstating the mark, while the bass dutifully follows. 'Moment' for instance after a rather airy opening couple minutes suddenly becomes a guitar freak out, however, it doesn't take centre-stage over the rhythm section, which just simply, sinisterly keeps its pace.

Kirk is an alluring vocalist and lyricist, positing riddles before undercutting them with their sad, inevitable conclusions; his delivery equally never reaches to over the top territory, instead inviting the listener to the dystopian world the band have created. 'Sewer Blues' sits at the album's dark heart and sees Kirk at his most mournful, with the creepy refrain "I'll go way back to you/I'll go way back through you" channelling his inner Nick Cave.

In the album's instrumental moments, one gets a vision of Ridley Scott's Blade Runner, a film set only two years from now taking place in a dystopian, metropolitan nightmare much like on the album's artwork. There is surely much to be said over the coming years as we come to understand them in North American and, hopefully, British music in relation to each regions' political advances. Here, the still too-close-for-comfort Canadians are having a look at themselves and just over the border, and predicting an all too possible nightmare scenario. How prophetic that will remain to be seen, but this 2017 take on Eighties cinematic synth-pop is an unexpected joy in which to relish the impending political slime approaching us.