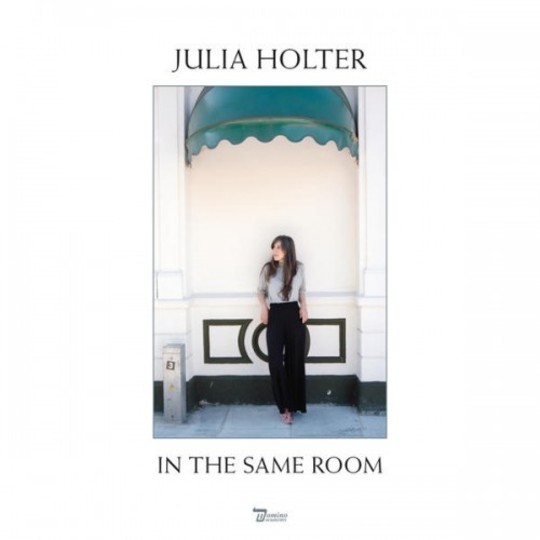 Julia Holter's sound is an airy one. Few musicians give enough space to their music. But, with In the Same Room, Holter gives intricate melodies and thoughtful lyrics just enough room to manoeuvre, to breathe. With four studio albums behind her, the LA-based multi-instrumentalist expertly pieces together her avant-garde sound, this time in a live room, recorded in London in just two days.

Holter’s pop-like melodies are often piano-heavy, sometimes backed by harpsichord, and her ethereal vocals are always a source of warmth. In the past she has worked with electronics rather than studio musicians. Now she plays with a three-piece live band, as charming tunes collide with stuttering rhythms under her otherworldly guise. Without the space and tenderness with which Holter works, this would likely be too much to swallow.

This awareness for tenderness settles no more so than in this live album, the first of Domino Records’ ‘Domino Documents’, an irregular series of live studio recordings 'designed to capture the ever-evolving arrangements of Domino artists and their bands in high fidelity'.

Here Holter tactfully re-works older, already thoughtful songs, into even more considered tunes. There is no new material here, but that doesn’t matter - the varied scope of her work continues to evolve nonetheless.

The live recording tackles songs right back to her debut album. ‘So Lillies’ first appeared on 2011’s Tragedy. Now, the original seven minute-long track is rid of the background noise and city-scape introductions. Holter’s vocals are looped, not quite phase-shifting Steve Reich-style, but something to that effect, while retaining the joyfully scatty knack of the original. There is a fragility too, as these live recordings uncover even more delicacy behind Holter’s already incredibly considered arrangements.

Much of the material on In the Same Room is from Holter’s most recent record, 2015’s Have You In My Wilderness. On ‘Silhouette’, the once drawn-out “He can hear me sing” becomes a wonderfully staccato beat, punctuating the freer-flowing piano backing. Holter spits out each syllable, yet each still resonates as a poignant memory of the relationship between love and music, or the association of sounds and people - if that is what Holter is singing about. It’s often hard to tell. But it rarely seems to matter.

Once the full romanticism of the piano kicks into force, the once-reclusive song becomes fiery. This nature of pulling a song about for live recording suits Holter’s improvisatory nature. While her voice is sometimes almost inaudible over the delicate instrumental arrangements, it still manages to be the driving force which pulls the number along.

Also amongst these recent songs is ‘Feel You’, which, for the mainstay, departs very little from the tone of the original recording. This new version relies on harpsichord just a little bit more. Added viola later in the track add a congenial warmth to the proceedings. For a listener hoping to happen upon rare gems or surprise alterations in this kind of ‘live’ album of ‘reworkings’, ‘Feel You’ may disappoint. But this says far more about the unfaltering ingenuity of the original than it does about the originality of conception on this new record.

‘In the Green Wild’ originally featured on 2013’s Loud City Song, its kooky twangy opening transforming into an eery slow dance number. The song’s re-working becomes delicately jazzy, as a spellbinding piano counter-melody manages to find a rare groove. Holter does scatty and jolty well, but the rare foray into something danceable adds a tangible aspect to this music. It’s rare, and not strictly necessary, but welcomed when it arrives. Stand-up bass adds a real walking beat to the wonderful line “There’s a flavour to the sound of walking no one ever noticed before”. The track wavers between haunting viola, dissonant piano and steadily warmer vocals. It’s at once beautiful and disconcerting: and that suits Holter down to the ground.

Holter’s voice shines. As ‘In the Green Wild’ shows off a natural flickering between brightness and eeriness, ‘Lucette Stranded on the Island’ displays the depth of her range, and on ‘Vasquez’ it’s the half-talk, half-song chatter which gives so much charm.