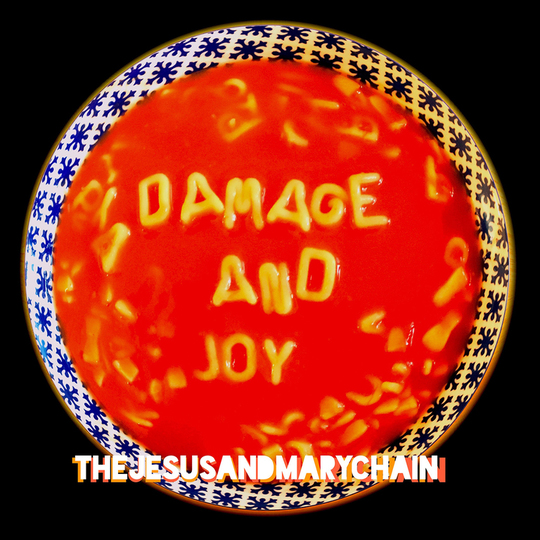 It probably says a lot about the current state of pop(ular) music that the thought of a new Jesus & Mary Chain album in 2017 is as exciting a prospect as it was back in 1985. As the alternative's chloroform overdose takes it to new levels of sanitised – while the mainstream chugs along incessantly – a much-needed shot in the arm is well overdue. So why does it take a band fronted by two brothers fast approaching the age of 60 to create such waves?

Looking back through the past 30 years it seems The Jesus & Mary Chain have always been on hand to provide that shot of adrenaline at the right time. While Psychocandy rebelled against all that was synthetic and saccharine in the mid-Eighties, Honey's Dead kicked grunge into touch seven years on while Stoned & Dethroned and Munki bookended the birth and death of Britpop in all its self-aggrandising glory.

So here we are today. Nineteen years on from the last Jesus & Mary Chain album, where Coldplay are the biggest alternative rock band in the world and Ed Sheeran becomes the fastest selling recording artist ever. 'Pop music is dreadful', said Jim Reid in a recent interview and while it's unlikely today's musical svengalis construct ditties aimed at miserable fifty-somethings from East Kilbride he clearly has a point. The advent of punk and its subsequent subcultures should have led to a better future yet somewhere down the line it failed.

But then the most timeless music in history never looked at the competition for inspiration. Never cared about what was going on in the next room. Or across the road. Or as the quietly but outspoken frontman put it when he spoke to DiS recently, "The way to do it is not to look around you at what everybody else is doing." And on Damage And Joy, the first new collection of songs to be given the Jesus & Mary Chain stamp in nearly two decades, they've done just that.

Enlisting the tried and tested methods of Killing Joke bassist-cum-producer extraordinaire Martin 'Youth' Glover in the recording room, Damage And Joy feels to all intents and purposes like a typical Jesus & Mary Chain. No artificial flavours or colouring as it were, just a no holds barred rock and roll record that pretty much does what it says on the tin. That doesn't mean there isn't room for improvement. Without harking back too much at the Reid brothers' legacy. And let's face it, when that includes such artifacts as 'Upside Down' and Psychocandy in the locker it's always going to be difficult not to draw comparisons.

However, what's always set the Mary Chain apart from their peers and contemporaries – while ultimately ensuring their influence has become predominant in guitar music ever since – has been that reluctance to stand still. As distinctive as their sound may be, no one can ever suggest any tow Jesus & Mary Chain albums sound the same and Damage And Joy follows suit.

Some of these songs will be familiar to those who've followed the Reid brothers' every note of recorded output in recent years. Opener 'Amputation' first surfaced a decade ago under the guise of 'Dead End Kids' both as a Jim Reid solo single and part of his short-lived Freeheat project. 'Song For A Secret', 'Can't Stop The Rock' and 'The Two Of Us' all saw the light of day in 2005, having originally been released under the guise of Sister Vanilla, the group Jim Reid formed with his sister Linda who sings backing vocals on two of the songs here.

Arguably the most instantly accessible four-and-a-half minutes here belong to 'All Things Must Pass', a song which first saw the light of day in 2008 and has regularly featured in the band's live set over the past couple of years. Revitalised and given a new lease of life on Damage and Joy, it quickly becomes the album's centre of attention, Reid junior spitting lyrics like "Each drug I take, it's gonna be my last" over a nagging, insistent riff that stands proud among the Mary Chain's finest.

Also regaling past glories yet adding a twenty-first-century air of nonchalance is the sombre 'War On Peace' which manages to combine the spirits of both 'Almost Gold' and 'Some Candy Talking'. Meanwhile, 'Presidici (Et Chapaquiditch)' fuses William Reid's trademark guitar sound with one of his brother's finest vocal performances to date, its overriding message clear as daylight intoning "If you can't love yourself it's bad for your health."

Vocal duets have been an omnipresent feature throughout the band's lifespan so it's no surprise that six of Damage and Joy's 14 pieces feature contributions from a wide range of collaborators. Isobel Campbell's delicately poised voice fits the subtly executed 'Song For A Secret' like a hand to a glove while 'The Two Of Us' could be a long lost Belle & Sebastian outtake in a parallel universe. William Reid's girlfriend Bernadette Denning also comes up smelling of roses on 'Always Sad', another of the record's pivotal if melancholy numbers, while Sky Ferreira's appearance on lo-fi country lament 'Black And Blues' seems poignantly handpicked for someone of her demeanour.

Elsewhere, 'Facing Up To The Facts' references the Reids' well documented spats of the past ("I hate my brother and he hates me") while 'Simian Split' questions the death of Kurt Cobain in the Jesus & Mary Chain's own sardonic way.

Although not entirely perfect. And it's highly unlikely even the most wisened Mary Chain diehard would have expected it to be. Damage and Joy heralds the dawning of a new era in its creators' colourful history, providing a worthwhile addition to a canon of musical eminence in the process.