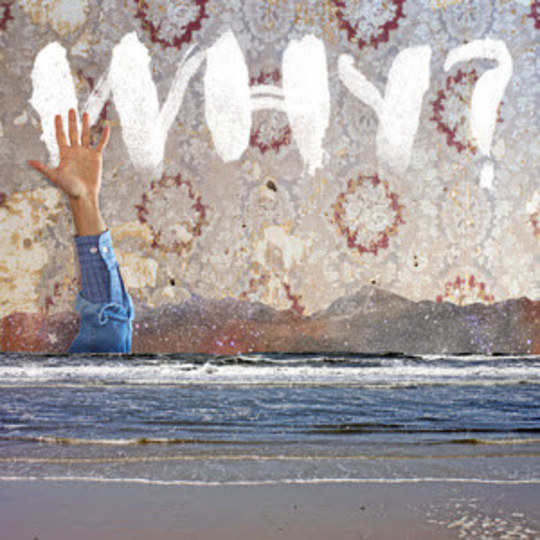 Somehow, we are approaching a decade since Why?'s 2008 masterpiece Alopecia and since then time has not been kind to them. They rushed the popular-yet-flawed Eskimo Snow a year later, and followed that later with the distinctly average Mumps, Etc. in 2012. It has been a shame to see a band who at one point in the middle of the previous decade were one of the most exciting prospects to come out of American Indie music. After a small hiatus, however, Why? are back with Moh Lhean and finally seem to have got some of their groove back.

Why?'s trajectory can largely be traced by frontman Yoni Wolf's desire to move away from his hip-hop inclined roots from Why?'s earliest and previous band cLOUDDEAD's material. While this isn't necessarily a bad thing, Wolf has never quite mastered the straight up indie-folk frontman, especially when his rapping on tracks like 'Good Friday' were so damn devastating. In the band's defence, it can't be easy following up one of the most passionately adored records of a decade and movement.

Wolf, however, finally seems to have taken the reigns on his excellent performances on the opening one-two gut punches of 'This Ole-King' and 'Proactive Evolution'. Wolf has always been an intriguing prospect, with a unique turn of phrase in all his work, however applying it to indie-rock hasn't always matched up, but on tracks such as 'George Washington', he seems to have finally mastered it. Meanwhile, there are more hooks to be found in Wolf's re-assured performance here, such as on the pretty catchy chorus to 'One Mississippi'.

Textually, Why? have always been a fascinating project, with his brother Josiah Wolf and Doug McDirmaid providing an always intriguing backing up rhythm section. Moh Lhean, however, sees the band take on a more ambient role, with keys and pianos especially important as seen on John Lennon-esque finale 'The Barely Blur' making Why?'s latest a dreamier affair, easy and pleasurable enough to get lost in.

There is, however, a tendency for this drifting to get a bit lost in the clouds in places. While Why? are certainly one of the most unique outfits out there, their sound is now pretty familiar and established, so there is a nagging feeling that we and they are treading water in their material. Nothing really disappoints here, but to the same extent, not much leaps out of the speakers and rings around one's sub-conscious. While Moh Lhean's relatively short running time means it never outstays its welcome, it also, conversely, feels a little light in places to really be too memorable.

As aforementioned, a lot of this probably has to do with struggling under the weight of having a bonafide classic in your back catalogue. Moh Lhean is an enjoyable record and there's plenty of great moments to be found here, it's just anyone who loved that almost decade-old behemoth by now aren't necessarily going to find anything really thrilling here. However, perhaps more importantly, Why?'s fifth record seems more of a sure-footing; a reminder that this band that at one point was so exciting, is still able to surprise and move you even a decade on from their crowning achievement. Watch this space, Why? ain't done just yet.