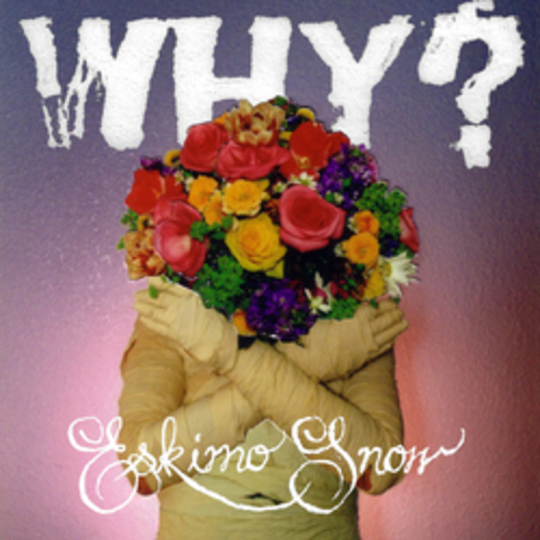 It probably says more than enough about my initial attachment to Why?’s new record, Eskimo Snow, that it took months to start writing about it. Ok, some of that may be down to laziness amongst other more pressing matters but when the follow-up to Alopecia – my personal album of 2008 – drops onto your doormat, scant encouragement is needed to indulge in whatever Yoni Wolf and company have to offer. Disappointingly, not being able to deal all that well with being let down is a recurring theme. I simply can't handle disappointment. I’m left hollow when things don’t match up. Yet, in the sober clarity that emerges weeks or months down the line, almost every time I’ve been made to feel even more of a fool. This time too.

Why?'s fourth studio full-length is a more subtle effort than anything it succeeds and, yes, a somewhat drastic change in tone. It is unlikely in the extreme that Yoni Wolf will ever release anything which is of 'straight-down-the-middle' standard, but in terms of quirks and oddities that have accompanied so far, it’s no bold statement to say that Eskimo Snow is lacking both lyrically and musically. As was said about this, they’re 'song-songs'. There’s little lyrically in the vein of “if you grew up with white boys who only look at black and Puerto Rico porno ‘cos they want something that their dad don’t got” but a lot more slide guitars, conventionally recorded instruments and classic musical devices – or rather, musical devices done classically. This is made known after the opening 1:46 of ‘These Hands’. You could dissect the minutiae of the lyrics endlessly but, for once, that would be missing the point. Stepping sideways at this stage to releaseAlopecia 2.0 (though these songs were recorded during the Alopecia sessions) in your career would be more like a backward step, especially for a band which inhabits the periphery so much as Why?.

The transient approach to composition, if not structure, is never far from the foreground. There’s a mid-way break in ‘Even The Good Wood Gone’ where the steady, increasing urgency of the ensemble instantly crumbles before your own ears. No exaggeration; it’s the saddest 15 seconds you may hear for a while. In the space of a strum the mood doesn't so much shift as fall, from hopeful to hopeless, utterly futile. “No flash photography” are the words uttered repeatedly by Wolf, but he may as well be counting to five in Hungarian, such is the impact of this cadence. Single ‘This Blackest Purse’ is another five-minute long chunk that is proof of versatility, and not just because it’s a mite ballad-y, with ever-present and now characteristic plinky-plonky pianism and low-registering bass gradually plodding into a post-crescendo chorus. “Should these hero’s hands be holding this blackest purse? / Mom am I failing, or worse? / Mom am I failing?” is not-quite tear-in-the-eye inducing, but it is entirely representative of the songcraft that lives in each track.

Though Wolf’s voice comes closer to genuinely grating on this release than any other, even that obstacle become endearing. It’s not that Wolf can’t sing properly. Actually, it is that he can’t sing properly – that’s not the point, but the hook. Music isn’t, and should never be, a mere display of virtuosity. Yeah, sure, sometimes – like in ‘Into The Shadows Of My Embrace’ – you just yearn for him to hit a bloody note, but the low humming, nasal proclamations which sound as close as a human can to a vocoder (and almost approaching melodious) are the heartbeat.

Though quality it may have, Eskimo Snow isn't a record to fall in love with. Not having much immediacy, it's something of an ugly duckling, and may well end up as Why?’s unloved album. At only ten songs, it hasn’t the broadness of past, but it is possibly their most cohesive record. Consistency may rarely outrank greatness in order of virtues but if there’s an argument to be made, it’s perhaps found here.