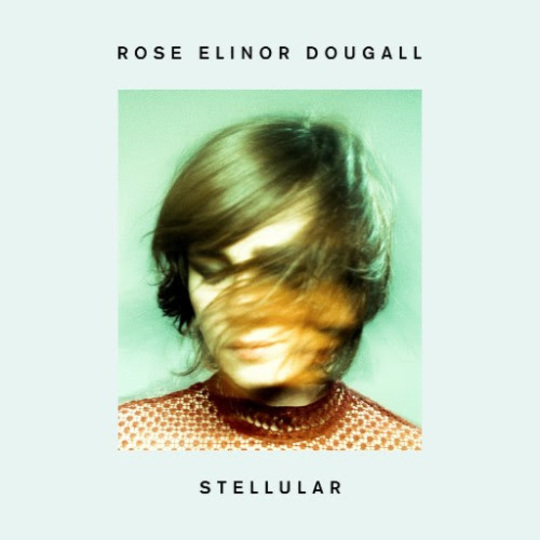 The title of Rose Elinor Dougall’s second album is, like much of the record, perfectly selected. Stellular is exactly that: its own tiny galaxy of shining, star-bright jewels, each in its own way, quite, quite immaculate. Dougal and producer Oli ‘Boxed In’ Bayston have created a record in which everything is perfectly in its place, which knows that a little goes a long way, and a great chorus goes to the end of the earth; and while words like 'stylish' and 'tasteful' certainly suit the album’s production, they neglect the shimmering elegance with which the songs glows.

Dougall herself knows good pop music. At 19 she joined The Pipettes, an attempt to create the perfect pop group which succeeded in every sense except the 'popular' part: the project never met its commercial potential. Where the band did succeed was in creating a sharp, danceable and very British take on Sixties girl groups. The choruses shone, but there was always wit amid the sweetness in songs like ‘Judy’ and ‘ABC’. Dougall (then known as 'Rosie') was often the source. Leaving the Pipettes (an act from which they never recovered) her solo career immediately confirmed her knack for setting bittersweet observation to a hummable tune. A well received debut record was followed by an invitation to front Mark Ronson’s band on tour, a jaunt around the world which lasted over two years. Ronson, too, is someone who understands the fundamentals of sculpting great pop. It’s a hell of an education.

And it’s been put to good use. Stellular is very much the fulfillment of Dougall’s potential as a songwriter. The hooks are velcro-catchy, and she has a knack both musically and lyrically of saying a lot with very little. The whole thing is a lesson in songwriting economy, every note placed just so. The pallette of sounds here is deceptively limited, which is probably its greatest strength: chiming guitar, a fidgety, funky bass and stings of rippling, twinkling synths which tie everything together under Dougall’s cut-glass, underplayed vocal. Think Blondie at their most sophisticated. Opening track ‘Colour of Water’ sets the tone perfectly, settling into a hypnotic groove, sliced apart by a sharp vocal. There’s a circular sense of a song that could conceivably continue its pattern for hours without you minding a bit.

The formula is best represented on the title track, a twitchy indiepop bounce that layers and builds to pop glory, while Dougal lays a contrastingly laid-back vocal, accented by sparkling keyboards. It’s marvellous.

It’s a record that rarely puts a foot wrong, from the twitchy post-punk disco of ‘Closer To Me’, to the Morodo-ish actual disco of ‘All At Once’ in which Dougall does her best ice-cold Debbie Harry, which of course is sexy as all hell. The first half of the record (which we’ll stubbornly still call side one) is an absolute masterclass in pop economy. The record’s second half expands the palette, which means it loses some of that shimmery perfection, but is admirable in the way it fits the formula around genres: ‘Answer Me’s melancholic power ballad, the spacey sadness of ‘Poison Ivy’ (“Another torch song for a lost love that never belonged to me”), a powerpop duet on ‘Dive’, and a space-hymn to close the record with ‘Wanderer’. Dougall’s voice, which is always sounds faintly sad (all the best voices do) laying a melancholic consistency across the whole thing. Star-shaped indeed.