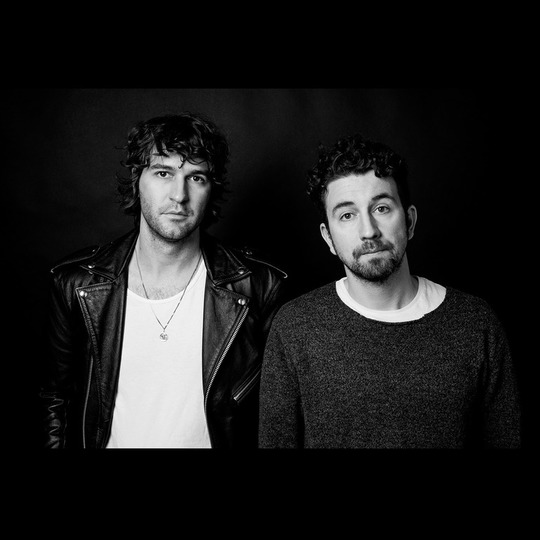 "Remember there’s heaven in the hellest of holes".

First things first: a disclaimer for the uninitiated. Your enthusiasm for Japandroids stands in direct correlation to your levels of cynicism. Fortunately, your decision to give their latest album Near to the Wild Heart of Life can be quickly made by a simple self-assessment.

Prone to eye-roll at the very concept of rock ‘n’ roll? This may not be your cup of tea.

In 11 years of irony-free turning it up to 11 though, Japandroids have swept up a seriously committed choir of the converted to preach to from the sizeable remainder.

Lyrically, frontman Brian King is one of life’s optimists, unafraid to celebrate the sunny side of life or paraphrase the Barney theme tune (try to un-hear that on ‘True Love and A Free Life of Free Will’).

The raw, riotous, romantic racket he makes with drummer Dave Prowse captures that point-of-view to a tee, a sound that’s pure unfiltered distillate of youth.

Which is why the five years since the critically acclaimed and aptly named Celebration Rock are so significant. For a band that trades in fast and loud, having the handbrake on and the engine off is an unexpected development.

It’s no surprise then, that the time away has made some significant changes to the make-up of their third record. Three, to be specific.

A substantial step-up in production values for one, paired with a relatively sizeable gearshift down in intensity as a second. Last - but by no means least - a matured sense of perspective.

Case-in-point for the first two is the title-track: the album’s opener, first single, and a manifesto of sorts.

‘Near to the…’ is vintage Japandroids, a joyous burst out of the gates that’s fuelled by the desire to “make some ears ring” and get you “all fired up” all over again. It’s irrepressible, self-mythologising and charming as hell.

But there’s a ‘but’. Something ever so slightly off. Because whilst the production ensures the drums and vocals hit crisp and clean, they just don’t quite hit as hard as they could.

This nagging feeling rears its head a few times over the course of the record, but the epitome of it is the album’s seven-minute centrepiece ‘Arc of Bar’.

Unashamedly epic in length and slick in production, ‘Arc…’ grabs your attention from the off with its synthesised loop and liberal use of reverb, a foundation that veers away from Japandroids’ signature elbow grease.

It’s not the principle of the song that’s the issue though. The cinematic scope of the song gives King a well-earned opportunity to air out his literary inclinations. He obliges, soaring over New Orleans, and adopting the role of bard to fill us in on the fleeting magic of the band’s time there. And then? He blows it.

From the very first line (“Hustlers, whores…”) hope wavers. By the time you’ve reached repeated references to "mosquitos abuzz" and the seventh round of bored choral “yeahs”, this bloated, initially intriguing, number has outstayed its welcome like a faltering joke that ends with '…you had to be there'.

I’m lingering on this because it feels like Japandroids have put a fair amount of stock into it too.

It’s the core of the record, a big step forward into the unknown, and it proves a disappointment: a style over substance tribute to the worst excesses of classic rock rather than the fleet-footed repurposing that Japandroids made their name with.

It also makes it clear that sleeker production choices alone can’t be wholly blamed for any reservations about the record. The more familiar-sounding distortion-heavy ‘I’m Sorry (For Not Finding You Sooner)’ makes that point by similarly stubbing its toe as it strikes out on its own. Simply put, there are a few songs here which aren’t quite up to the band’s highest standards.

Which brings us to that third point-of-difference mentioned a fair while back: a sense of perspective.

Near to the Wild Heart of Life’s title is a quote from James Joyce’s A Portrait of the Artist as a Young Man, which helpfully works as a synopsis of what this album is all about.

This particular portrait of young men depicts an age of re-connection and re-appraisal. It details relationships between friends, lovers and audiences being rekindled and acts as an ode to the mechanisms that facilitate: nights at the bar, the road, and the exhilarating buzz of guitar-lead meets amplifier.

The takeaway? That times change.

The band’s first record was intended as one last rage against the dying of the light before throwing in the towel and their second rode in on the blaze of triumph snatched from the jaws of defeat.

It would be wholly unlikely then - if not outright false - for the band to be coasting on those same energies five years down the line.

As people, Japandroids circa-2017 have swapped ambitions to “French-kiss some French girls” for contented commitment. Fittingly, it’s when they’re truest to themselves that they shine the brightest.

‘North East South West’ is a punk-troubadour delight about King’s globetrotting in search of love. The tempo-raising breakdown and “bring me back home to you” call-and-response refrain of ‘Midnight to Morning’ are goosebump-inducing. ‘No Known Drink or Drug’ and ‘In A Body Like a Grave’ meanwhile, impassionedly sell the band’s revised vision with the same gusto and zeal they’ve have always had.

Which is what – when the dust settles – you’re here for. Whilst their dedication to the eight-song album format means that their missteps are all the more apparent, those same flaws can’t hide the fact that Japandroids' hearts are still right where they belong: on their sleeves.

There’s plenty of Near to the Wild Heart of Life that carries the essential appeal of the band in spades, namely, a dedication to giving it your all until you collapse with euphoria and exhaustion.

And that’s the whole point of this fist-pumping, foot-stamping, head-banging business in the first place, right?