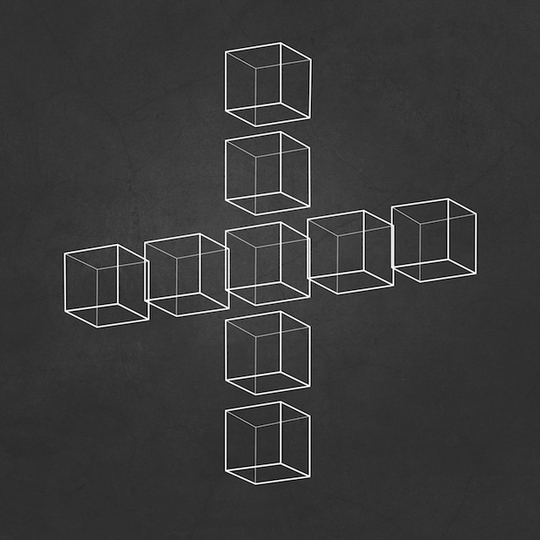 Last year Mogwai’s Stuart Braithwaite, Slowdive’s Rachel Goswell, Editors’ Justin Lockey and his brother James formed a super group and released a self-titled album called Minor Victories. All of their parts were recorded in isolation, so the story goes, and it was an almost perfect merging of their individual styles. Throw in guest spots from Mark Kozelek and James Graham and you had a very interesting, and diverse, album. Now Minor Victories have released an orchestral version, which has stripped out the vocals and ramped up the luscious melodies to create something that at times eclipses the original album, yet manages to sound totally different too.

'I don't really know that much about music in terms of theory, notes, scales etc. I generally just fuck about with things until it sounds right to my ear... So I guess to call this album Orchestral Variations, it would have to be in the loosest ever sense of the term' Justin Lockey said in the accompanying statement. 'When we were putting together the Minor Victories album, a lot of the music came about through string arrangements, motifs, melodies, countermelodies and other such noodlings I was messing about with. This record kind of takes it back to that initial point, and re-imagines the whole record from that standpoint - the bare bones, the hint at a vocal melody, not relying on any backbeat - but stripping the songs back to the base elements and then piece-by-piece making an entirely new record. It takes the songs and elements around them and the phrases into a new place, mostly born out of hindsight and I guess a curiosity to fuck around with it all long enough until it sounded right to my ear. From all that an entirely new record was formed. It's not a remix album, or b-sides... it's just another way at looking/hearing things.'

This 'another way of looking/hearing things” is exemplified on the opening track ‘Cogs’. Mournful piano and cello welcome us, but this slowly skews and evolves into something that is reminiscent of a slowed down ‘Radio Protector’ by 65daysofstatic. More feelings of euphoria follow until everything has a fuzzy anthemic feel. By the end the string section has grown and swelled, so swaths of elegant noise envelopes you. As the violins get faster, the tension ramps up, until it reaches to peaks, which it gloriously fades out from. The original version however is something more akin to My Bloody Valentine. Slightly aggressive massive sounding drums keep things driving forward, while searing guitars and Goswell’s ethereal vocals soar. It’s basically a shoegazing beast with delicious vocals. ‘Cogs’ has a feeling of urgency to it, like the band’s lives depended on them recording their parts at that exact moment, whereas the orchestral version is more comfortable and relaxed. It takes its time to get to the end, and probably has a refreshing long drink while doing it. This is the blueprint for the album.

Because of this new approach, Orchestral Variations feels like a totally different album by a totally different band. At times you are forgiven for thinking Minor Victories are re-interpreting contemporary classical/minimal composers and bands, as flourishes and motifs from Philip Glass, Rainstick Orchestra, Steve Reich, pepper the arrangements. If you are familiar with the original you’ll enjoy how different these new versions are. However if you are new to the project, you will be able to enjoy this without prior knowledge. A bit like Rogue One. If you’ve seen Star Wars you’ll get all the subtle references and nods to the original, but at the same time, it’s an enjoyable experience just to watch it on its own. Orchestral Variations is understated and sounds timeless, like few albums released recently do. There is a classic aesthetic that underpins every facet of these recordings. Everything is calculated and nothing has been left to chance. So sit back, and fully immerse yourself in a sonic experience unlike anything else released this year.