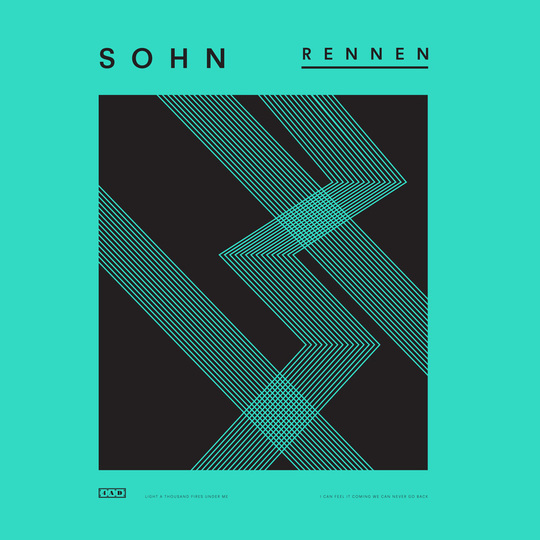 SOHN is an artist who’s influenced as much by his physical surroundings as the events that shape his life. His music is immersive, and he draws upon the sounds and vibrations of his environment to create his sound. For Rennen, his second album, SOHN traded Vienna, a city with an extraordinary cultural legacy, for California, the happy-go-lucky generic breeding ground for so many artists. It’s natural to go into the first listen expecting a Hollywood sunshine gloss smothering the nocturnal grit that dominated his first album. And while there are differences between the two records (as there should be anyway), SOHN has brought out an album that stretches out the foundations of the sound he curated on his first record.

The musical development of Rennen compared to Tremors is apparent from opening track 'Hard Liquor' - a raw song, frankly confronting alcohol dependency. With lyrics such as: “She'll never see a rainy day/ As long as her hard liquor gets for a day”, it’s clear SOHN has either matured, or grown confident enough to candidly explore sensitive issues. It’s followed up by equally good songs, 'Conrad' and 'Signal'. With 'Conrad', SOHN touches on the pervading mood of Europe’s precarious political climate. The lyrics: “We're lost civilians with the weight of millions / We're pawns in war living in denial” are some of the most insightful lyrics on the album, again showing the lack of fear when it comes to heavy-handed topics. A trait of SOHN’s which hasn’t changed since he released Tremors is his ability to say a lot with few words which is testament to his expression and delivery, as well as the production behind the album.

SOHN spent a month recording the album alone, adopting a nocturnal schedule and the whole record has been infused with the sounds and feelings of nighttime. But sometimes you start to wonder if SOHN himself was falling asleep at some points. Unfortunately, there are too many songs which don’t take you anywhere, especially towards the middle and tail-end of the album. 'Still Waters' is a perfect example of this. You keep on waiting for a spark, some sort of magic to bring the song to life, but it’s a very long waiting game. The construction of the record mirrors Tremors - the more commanding tracks placed at the beginning, and the mellower songs towards the end. And this structure is as much the downfall of Rennen as it was for Tremors.

You get lost in them but not in a good way, and the hypnotic nature of SOHN’s music makes it very easy to phase out, which is a shame, because the closing song, 'Harbour', is a raw and vulnerable gamble that pays off well. It pushes the boundaries with spine-tingling vocals, and leaves you finishing the album feeling as if you’ve listened to something truly magical. It’s just a bit of an uphill battle to get there.

The title, Rennen, is German for 'running', and that’s exactly how this album feels. It opens with energy, before you hit a mental wall in the middle, and then the end comes with that beautiful mixture of accomplishment, and happiness, when you’re happy you’ve pushed through and got to this point.