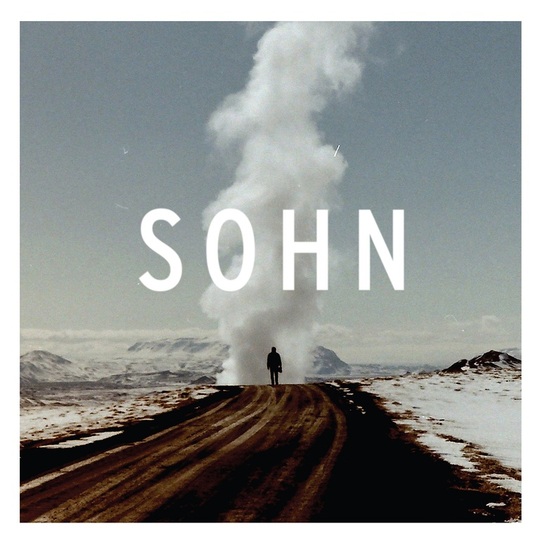 If you want to indulge in your own misery on a grandiose scale then blare out SOHN's Tremors 'til you finally decide you want to be happy again. It’s an apt name for an album so concerned with ache and pain - quite literally sends one big tremor through your body as you listen. There’s no escaping the physical and emotional stress this album can put you through, a relentless depression which never lets up. First impressions: it makes for exhausting listening.

SOHN is a multi-talented producer, songwriter and musician. Having left the grit and hustle of South East London, he took to the Austrian capital Vienna, where he immersed himself in its vibrant electronic scene and recorded his debut album. The music, minimal and open, has clearly been influenced by this change in location, almost as if the fast paced, gritty lifestyle of London was suffocating his creative flow. The nights and early mornings SOHN spent recording Tremors can only further elucidates why it has such an overwhelming crisp and fresh sound.

The beats and the music only enhance the agony so often expressed in SOHN’s lyrics. The opening line of ‘The Wheel’, “I died a week ago” gives a good indication of what you’re in for. Songs about heartache, pain, trauma, misery (read: depressing subjects) have been done to death, and it’s hard to approach the themes in an interesting, refreshing manner. But what you find with SOHN, is that he not only explores the very essence of suffering, but also the aftermath of it - the lingering scars that never go away after a hardship. Anyone can tell you that pain isn’t an isolated feeling. It stays with you, often for a prolonged period of time, and Tremors taps into this perfectly. The throbbing pangs that the songs evoke never lets up, even once the album is over. The title track encompasses this concept perfectly, with the repeated lyric “vibrations of tremors that shook long ago”.

It’s easy to get sucked in. You find yourself trapped and immersed within the music, which is in part testament to the superb production. A minimalistic vibe is always maintained, nothing seems overdone and you know there’s a reason for every single note, or beat. It really is a well crafted piece of work that hits the spots at exactly the right time, without going over the top.

Opening song, ‘Tempest’, lives up to its name. It’s moody and dark, and you can imagine clouds rolling in and rain starting to spatter. The thunder and lightening arrives with the rest of the album, notably the lead single, ‘Artifice’, which is arguably the crowd pleaser pop song which will inevitably dominate radio play. While ‘Artifice’ has the most oomph, the subtler songs, like ‘Paralysed’ and ‘Lights’, seem to be where SOHN is most comfortable. The small, intricate details that are interspersed throughout the tracks give them character and edge that some of the bigger sounding songs lack.

Obvious comparisons can be made with the likes of James Blake, Jamie Woon and Rhye, amongst others, and SOHN hasn’t done enough with Tremors to stand out from this crowd. Granted, not many would complain about being grouped with any of these artists, but there’s a sense that Tremors could have pushed the boat out a little bit more, and made new waves amongst the torrent of electronic music that’s being released right now.

Yet you can excuse an album for not being groundbreaking, because very few are, and it doesn’t mean it’s not a good record. The main problem with Tremors is that it all starts to sound the same. There’s a clear distinction between some of the bigger sounding tracks that command the first half and the mellower second half, but the tracks within these halves are often indistinguishable from one another. You’ll be forgiven for starting to get a little bored. Listen to each track independently of the album and they’re superb but lump them together and the beauty of each one can get lost in the relentless electronics and overwhelming sadness that dominate. It’s by no means a flawless debut but it provides a perfect platform from which SOHN can only rise.