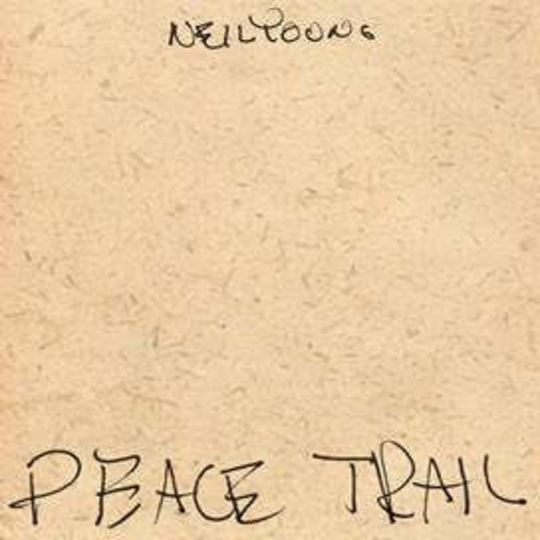 If there is one thing that is surprising about Peace Trail it is that it has taken this long (I know this is a month-plus late; sincere apologies to our beleaguered reviews ed). The global political climate has proved as likeable as a Steve Brookstein tweet and managed to piss off everyone: a protest album from everyone’s favourite seething uncle, Neil Young, is almost the epitome of inevitable.

Yes, Peace Trail is anything but: Young is at his most righteous here, turning out a collection of would-be ‘Ohio’s in the knowledge that, as prolific as he might be (the guy is better at turning out albums than I am at turning out reviews; again, sincere apologies to our beleaguered reviews ed), if he can’t be first then he will damn well be the most pissed off.

The thing is, the sentiments are never sustained. “‘I think I know who to blame, it’s all those people with funny names movin’ into our neighbourhood” he sings over a chopping acoustic guitar and distorted harmonica (fuck yeah) on ‘Terrorist Suicide Hang Gliders’. It’s a good line, its delivery dripping with venomous irony on the album’s best song, but, at barely more than three minutes, far too short for Young to fully exploit its sarcastic fury. For someone so adept at extracting the most out of every song and every idea – as anyone who has heard anything from Ragged Glory live will attest – this is awfully ... pithy.

The flip side of that is that this is Young’s most accessible album in god alone knows how long. While it may be disingenuous of the singer to call it a 'primarily acoustic' record, the electric guitar parts – pleasingly familiar and scuzzy as they are – are interludes rather than the jams we have come to expect. This is presumably down to the decision to record the album only with drummer Jim Keltner and bass guitarist Paul Bushnell, rather than his latest band, Promise of the Real. This feels like a slightly odd decision, given how strong they sounded on his last studio album, The Monsanto Years; notably another protest record.

The temptation is to say Peace Trail is underdone, its ideas not fully explored in the way we know Young is capable of doing. But this feels churlish: we complain that audiences’ attention spans are too short these days then complain again when an album such as this comes along. ‘John Oaks’, for example, is an uncompromising tale of death at the hands of law and order; it is the boldest example of a handful of songs here that waltz in, slap you in the face and leave. And let’s face it: we all need a metaphorical slap in the face once in a while.